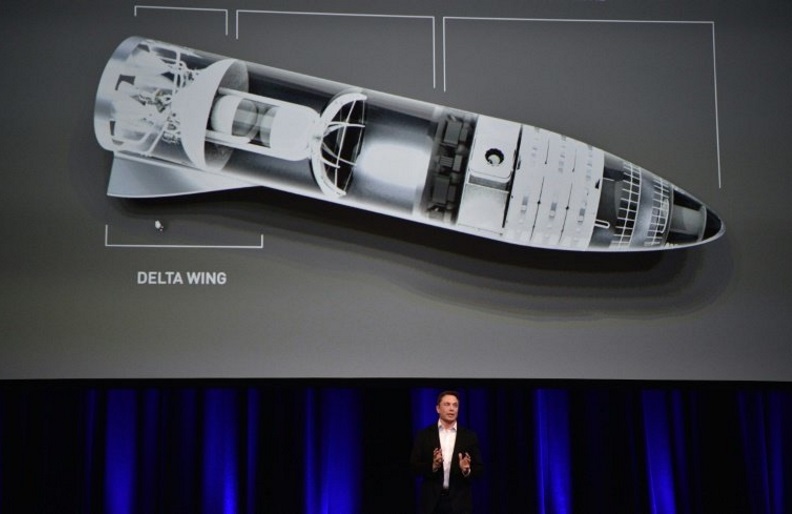 SpaceX on Thursday announced a new plan to launch a tourist around the Moon using its Big Falcon Rocket (BFR), a massive launch vehicle that is being designed to carry people into deep space.

“SpaceX has signed the world’s first private passenger to fly around the Moon aboard our BFR launch vehicle—an important step toward enabling access for everyday people who dream of traveling to space,” the company said on Twitter.

SpaceX gave no further details, but said more information would follow on Monday.

This is not the first time the California-based company, headed by Internet entrepreneur and Tesla electric car CEO Elon Musk, has touted plans to send tourists around the Moon.

In February, 2017, SpaceX announced it would send the world’s first two space tourists around the Moon in late 2018.

That plan called for them to ride on a Dragon crew vehicle, similar to the cargo ships that SpaceX routinely sends loaded with supplies to the International Space Station.

They would have blasted off aboard a Falcon Heavy rocket.

However, the company has remained mum about those plans in recent months.

The names and identities of those two tourists—and how much they intended to pay—were never revealed.

SpaceX declined an AFP request for more details, but said further information would follow Monday at an event lasting from 5:30 pm to 7:00 pm (0030 GMT to 0200 GMT).

Footprints on the Moon

Humans have not set foot on the Moon since the final Apollo mission in 1972, capping an era of US national pride.

American astronauts Neil Armstrong and Buzz Aldrin became the first men to explore the lunar surface in 1969, a moment seen and heard around the world when Armstrong declared “one small step for man, one giant leap for mankind.”

Only 24 people in history have ever been to the Moon.

US President Donald Trump has championed plans to put boots on the Moon again, as NASA works on building a lunar gateway that would serve as a launching point for missions heading even further into deep space, such as asteroids or Mars.

SpaceX is a key commercial partner to NASA, and is working on a crew ship that will make its first flight to the orbiting International Space Station next year, restoring access to space from US soil for the first time since 2011, when the space shuttle program was retired after 30 years.

Boeing is also hard at work on its crew vehicle, with pioneering flights planned for 2019 as well.

SpaceX currently has a $1.6 billion contract with NASA to supply the astronauts living at the ISS, via regular cargo trips on its Dragon spaceship, launched aboard a Falcon 9 rocket.

The BFR is SpaceX’s newest rocket, a super powerful launch vehicle with 31 engines and the capacity to lift 150 tons into space.

During a speech in Australia last year, Musk said he was hopeful that the BFR would be able to launch and land at last two cargo ships on Mars by 2022.

“I feel fairly confident that we can complete the ship and launch in about five years,” Musk said.