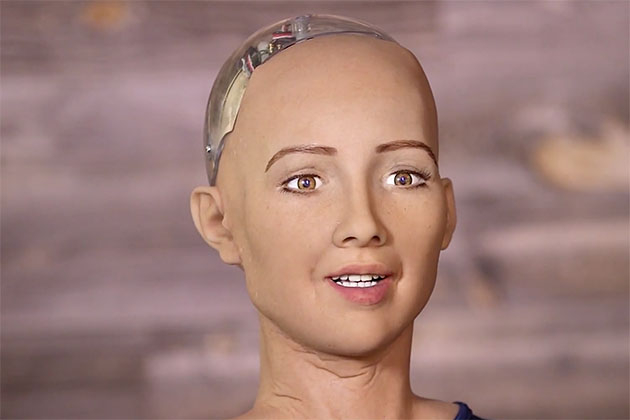 Sophia is a robot created by the company Hanson Robotic’s and has almost identical features as well as human beings. The robot can make facial expressions and understands human speech. According to the company, copies of the robot will be sold in 2017.

At first glance, Sophia looks like a robot from the movie Ex Machina. Created by the patented special rubber, which allows it to make more than 60 facial expressions.

Dr. David Hanson leads the engineering department, responsible for the creation of Sofia, a robot inspired by Audrey Hepburn and wife Henson.