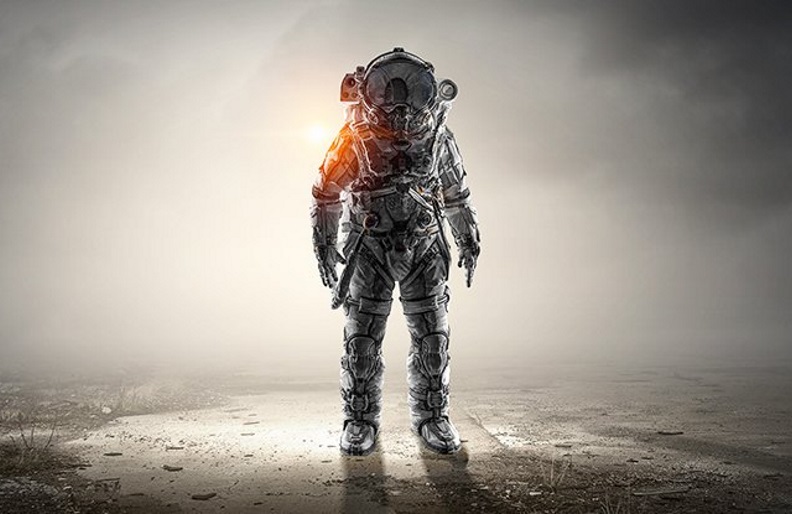 They don’t call Hafþór Júlíus Björnsson ‘The Mountain’ for nothing.

In 2015, the strong man and Game of Thrones actor broke a millennium-old record by taking – or more accurately, staggering – five steps with a 650 kilogram (1,430 pound) log on his back.

To most of us, this was simply an extraordinary example of heroic strength. To scientists, this feat marked a crushing limit to the gravitational pull any mortal could ever hope to endure, setting a boundary on the mass of planets we might expect to colonise.

According to a small team of physicists from the University of Zagreb in Croatia, we really wouldn’t want to be setting our sights on planets with a mass that’s any greater than four times that of our Earth’s. And that’s after no small amount of training.

Anything bigger, and we’d need the whole colony to be made up of Mountains.

The scientists arrived at this critical figure after taking into account the compressibility of human bones, the flexion of our muscles, and the swinging nature of our legs as we stride across a planet’s surface.

Our bones are impressive structures as far as engineering goes. In fact, our tibia could handle something like 90 times Earth’s gravity (g) before splintering.

That’s an insane amount of force, but things change if we try to take a step on such a supersized world. Dynamic stresses and twisting effects would make short work of our skeleton, lowering the actual limit to something closer to 10 g.

That is until you take into account the fact we’d need to move. Crunching the numbers on the power of human muscle, the researchers determined with rigorous training we just might be able to push against gravity that’s no more than around 5 g.

Walking upright is a different story, though. We humans are pretty good at the whole walking upright thing. We’ve been doing it for about 3.6 million years, taking advantage of its energy efficiency, and without getting too cocky we’ve pretty much nailed it by now.

Still, our bipedal gait was mastered under a gravitational pull equivalent to about 9.8 Newtons of force for every kilogram of body mass.

So the physicists wanted to know what ramping up the pull of extra gravity would do to the pendulum swing of our perambulating meat-sticks.

Walking is essentially a cycle of controlled falling, where the swing of each leg prevents our face from meeting the ground. This fall-reset-fall-reset pattern causes our centre of mass to bob up and down, which is where most of the work is concentrated.

The physicists developed their own model for what’s described as an ‘inverted pendulum gait’, taking into account the oscillations of a person’s centre of mass and the timing of their swinging legs.

Björnsson’s record setting five steps establishes a pretty good benchmark for the upper limits of what a human gait could achieve.

Combining the mass of his log, his own weight, and leg size, the team determined a human of his athleticism could slowly shuffle their way around a planet with a gravity – or g – of about 4.6 times that of Earth’s.

Our heart can barely cope with around 5 g of gravity, above which we’d start to pass out. So it’s looking like this figure sets an absolute boundary for any kind of human exploration.

That absolute cut-off looks rather promising. The current contender for biggest terrestrial exoplanet on record is BD+20594b – a beast of a globe with a diameter half that of Neptune and roughly the same mass. At its surface, the gravitational attraction would be a little more the three times Earth’s.

BD+20594b is also something of an oddity, with most rocky worlds having a mass of less than 1.6 that of our planet’s and far smaller radii.

But keep in mind, most prospective astronauts wouldn’t be hulking behemoths capable of carrying half a tonne of wood on their backs.

The researchers settled on a far more realistic upper limit to the kinds of worlds we’d ever set foot on – with training – to be between 3 and 4 g.

Of the 594 exoplanets we have enough information on to estimate their gravity, 422 would be technically traversable by humans (ignoring the multitude of other hellish conditions).

This research is currently on the pre-peer review website arxiv.org, but is to be published in The Physics Teacher – just the thing to get students thinking.

It’s unlikely humans ever will touch down on these far distant worlds, at least in the foreseeable future.

But maybe make next week leg week at the gym, just in case NASA calls.