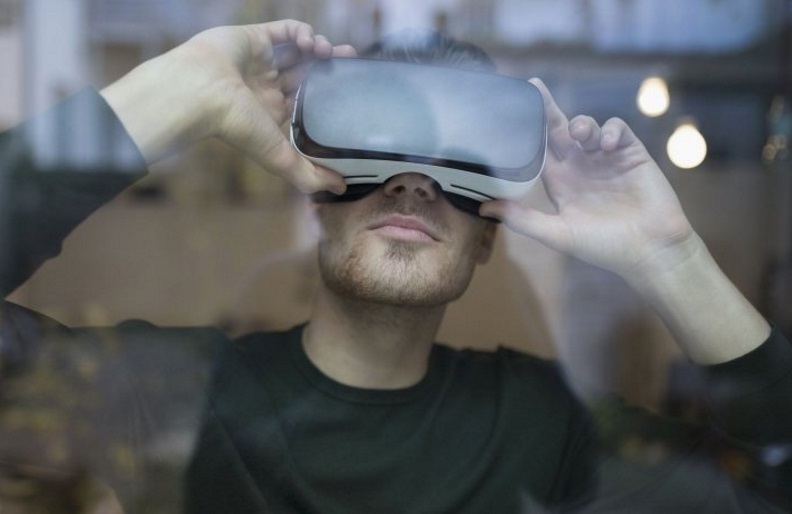 For the past several years we’ve been told that the age of virtual reality is upon us. Tech companies have introduced new hardware and updated systems to much fanfare, but so far have not been able to turn widespread interest into practice.

Virtual reality, and now augmented reality, are often seen as novelties: cool to play with in a store or at that one tech-obsessed friend’s house, but most of us are not putting on clunky headsets or Google’s cardboard system and walking out the door.

However, it’s finally looking like the VR and AR industries are on the cusp of going mainstream, as industries start to figure out how to implement transformative technology in the user experience. These 10 industries are pioneering ways to integrate VR and AR tech and offer customers more opportunities to explore products and services.

Looking for a new home or apartment can feel like taking on a second job. Between endlessly checking listing updates to taking time to visit every open house on the market, buying (or renting) a new place can be a daunting and tiresome task.

But what if you could experience all that a house has to offer without leaving your home? Real estate companies are toying with VR solutions that offer prospective buyers the chance to walk through a property and survey every room, hallway, nook and cranny without actually leaving their own homes.

Going to zoos gives people the opportunity to experience wildlife up close, albeit behind a sturdy partition. However, zoo trips often spark more questions than they answer. Most zoo experiences consist of visitors wandering from exhibit to exhibit and reading about the species on small placards and in outdated pamphlets.

Guru is an app that is seeking to redefine the zoo experience by bringing the animals and their habitats to (virtual) life. The app allows users to choose customized audio experiences that share facts about specific animals, as well as behind-the-scenes videos and augmented-reality portals into the actual habitats and lifestyles of animals in the wild.

Every millennial woman remembers the first time she saw Cher Horowitz’s closet in Clueless — it was a magical moment. The idea of being able to test clothes and match outfits without actually having to try them on resonated with an entire generation.

Now, over 20 years since Clueless sparked an obsession, Cher’s closet, or at least the idea behind it, has become reality. Gap recently unveiled a VR solution that enables customers to digitally “try on” pieces within its collection. Other retailers are bringing VR headsets into stores to allow visitors to feel as though they’re sitting in the front row at the designer’s latest fashion-week presentation.

The internet has made the world a smaller place. Thanks to programs like Google Earth, people can walk pathways in Santorini one minute and find themselves at a busy Sydney intersection the next. More travel organizations are tapping into consumers’ love for virtual exploration.

Expedia recently announced a new VR-based initiative that will allow travelers to “step inside” hotel-room listings before making their destination decisions.

The world of medicine is exploring several avenues and uses for VR to help doctors and patients. Some doctors are now wearing VR headsets in the operating room to give medical students a more in-depth look at the surgical procedures.

Additionally, hospitals are experimenting with VR as a means of making patients feel more comfortable. For example, VisitU, an emerging Dutch company, has created virtual glasses to give children at hospitals the chance to experience life at home or in the classroom, even though they are bedridden.

Since Hollywood’s inception, film studios and production companies have been searching for new ways to make their projects more engaging and lifelike. Now, with virtual technology, film studios have the opportunity to transform the viewing experience from passive to participatory.

Companies like Within are gaining the attention and support of major studios because their technology creates fully immersive viewer experiences that, until recently, Hollywood could only dream of.

Many people have a hard time self-motivating when it comes to fitness. It can also be difficult to carve out the time to travel to a gym or fitness studio to take a class. Thanks to emerging VR programs, those wanting to get in shape no longer have to sacrifice their time.

Startups like Icaros are creating fitness solutions that take the boredom out of getting fit. These systems allow users to feel as though they’re actually climbing a rock wall or boxing an opponent, when in fact they haven’t left their living rooms.

Historically, the automotive industry has needed a physical shopping experience to stay afloat. Before people are willing to make huge investments in new vehicles, they usually want to test the car out for themselves. For this reason, the automotive industry has struggled to find ways to connect with younger generations. Not only are millennials and Gen Zers supporters of the ride-sharing economy; they’re also digitally driven shoppers.

Now, automobile makers like Ford are introducing VR experiences intended to give shoppers a real sense of a car’s interior and create a strong enough virtual experience to encourage them to visit a dealership and test drive the real thing.

This article was originally published by Entrepreneur. Read the original article.