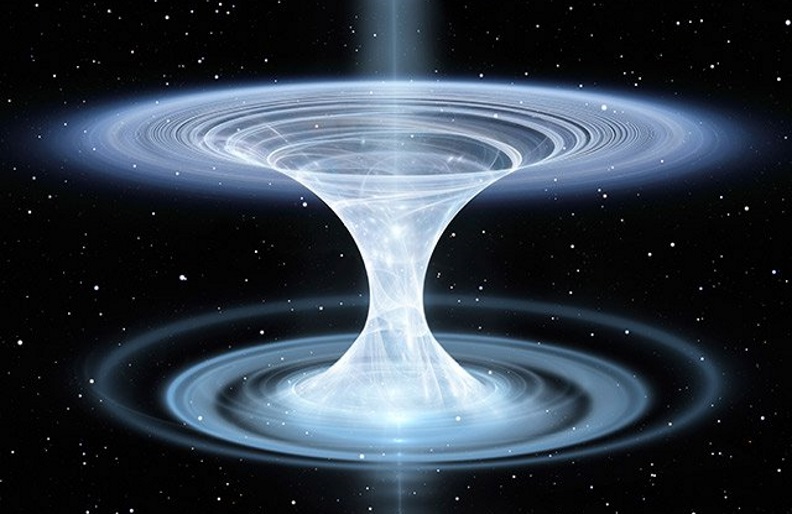 Wormholes are fascinating (but theoretical) cosmological objects that can connect two distant regions of the universe. They would allow one to create “shortcuts” through space in order to travel vast distances in a shorter period of time. They are predicted by the general Theory of Relativity, and are what Einstein referred to as “bridges” through space-time.

Wormholes are mathematically predicted, if not proven, and a new study illustrates how scientists have taken these theoretical anomalies – which many physicists believe to be real – and created one for them.

Researchers in Spain, from the physics department at the Autonomous University of Barcelona, have actually created a magnetic wormhole in a lab that tunnels a magnetic field through space.

Just to be clear, the manufactured wormhole is not able to transport matter, it’s able to transport a magnetic field from a physical object by having it disappear at one point, and then reappear at another, which is still very significant in the world of science.

The wormhole is invisible to the human eye, but it’s a sphere made up of of an outer ferromagnetic surface, an inner superconducting layer, and then a ferromagnetic sheet rolled into a cylinder internally. Here is a picture of what it would look like to us: 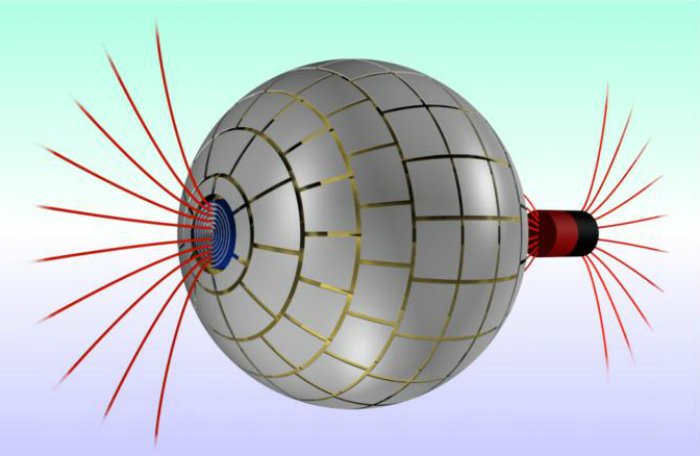 Prior to this accomplishment, the researchers were able to create a tunnel to transport magnetic fields. What makes this finding so much more interesting is the fact that again, because of materials used to build the wormhole, they’ve managed to keep the magnetic field completely invisible.

This result is strange enough in itself, as magnetic monopoles do not exist in nature. The overall effect is that of a magnetic field that appears to travel from one point to another through a dimension that lies outside the conventional three dimensions. (source)

Alvar Sanchez, the lead researcher, said that the magnetic wormhole is an analogy of the bigger, theoretical gravitational ones that are commonly used in science fiction. Despite this, there is still, according to modern day science, no way to know if similiar magnetic wormholes exist throughout space.

A paper that was recently published in the Annals of Physics offers mathematical evidence that a massive black hole in our galaxy is actually a wormhole. If this is true, it should be possible for humans to navigate it.

Our result is very important because it confirms the possible existence of wormholes in most of the spiral galaxies. (source)

What’s the significance here? Well, if a device can take a magnetic field from one spot to another, it could have a number of medical applications. For example, it would be possible to take pictures of the body with a strong magnet placed far away, releasing people from having to endure the small, tight environment of an MRI machine, not to mention the radiation that goes along with it. (source)

It’s always fun to think about wormholes, anything that’s dominated the realm of science-fiction that has a practical chance of actually being real is exciting. The search for extraterrestrial life right now is at an all time high and Earth has never seen such an interest in ET life like this before, which is why this area of theoretical physics is so well known to the general public.

I’m going to leave you with this quote to give you something to think about. I’ve used it before so I apologize if you’ve already come across it.

“There is another way, whether it’s wormholes, or warping space, there’s got to be a way to generate energy so that you can pull it out of the vacuum, and the fact that they’re [extraterrestrials] here shows us that they found a way.” (source) – Jack Kasher, Ph.D, Professor Emeritus of Physics, University of Nebraska