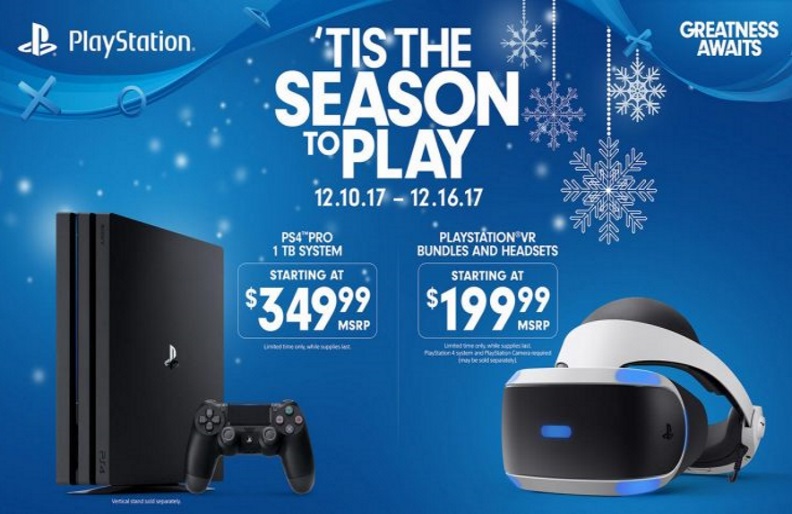 With so many deals and sales events to keep track of on Black Friday, there’s a chance that you missed out on a deal you would love to have back. If two of the discounts you missed happened to be on the PS4 Pro and PlayStation VR bundles, you’re in luck, because Sony announced on Wednesday that they’re coming back next week.

Starting on Sunday, December 10th, Sony is going to slash $100 off the standard retail price of three popular PS VR bundles and $50 off of three PS4 Pro bundles as well. If you’ve been looking for something to do on your new 4K TV, the PS4 Pro isn’t a bad option, especially now that Destiny 2 has been updated to support 4K resolution.

The following PlayStation VR bundles will be available at a discounted price from December 10th – December 24th:

If you already own a PS4 and you’re just looking to stock up on games, there is a Flash Sale currently being held on the PlayStation Store for The Game Awards. Many of the year’s best games, including Uncharted: The Lost Legacy, Destiny 2, Persona 5, Wolfenstein II: The New Colossus and Prey are heavily discounted.

This article was originally published by BGR.