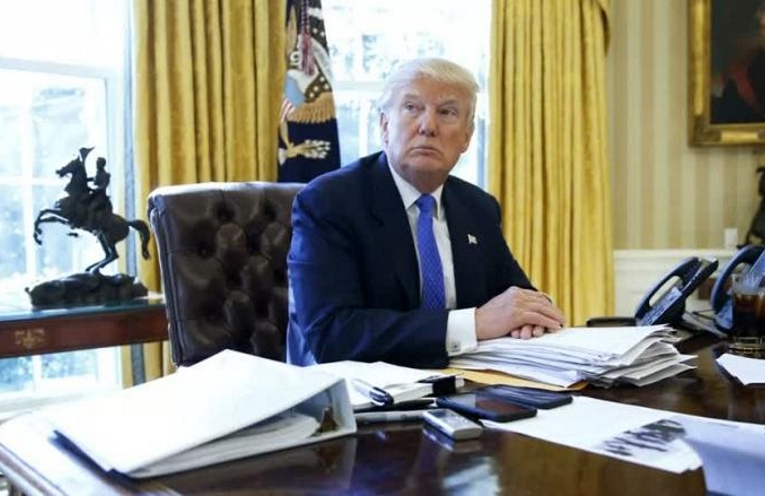 After saying Kelly had been “unbelievable at the border,” Trump said the U.S. is “getting really bad dudes out of this country, and at a rate that nobody’s ever seen before.”

“And it’s a military operation, because what has been allowed to come into our country, when you see gang violence that you’ve read about like never before, and all of the things — much of that is people that are here illegally. And they’re rough and they’re tough, but they’ not tough like our people,” he said. “So we’re getting them out.”

The Trump Administration has administered sweeping new guidelines on how to handle undocumented immigrants. Under recently released memos by the Department of Homeland Security on Tuesday, even immigrants who commit minor crimes could be at risk for speedy deportation.

Speaking in Mexico City hours later, Kelly said there would be “no use of military forces” and “no mass deportations” in carrying out the orders, however.

“No, repeat no use of military force in immigration operations,” he said. “Yes, we will approach this operation systematically … in an organized way, in a results-oriented way, in an operational way, in a human dignity way. This is the way great militaries do business.”