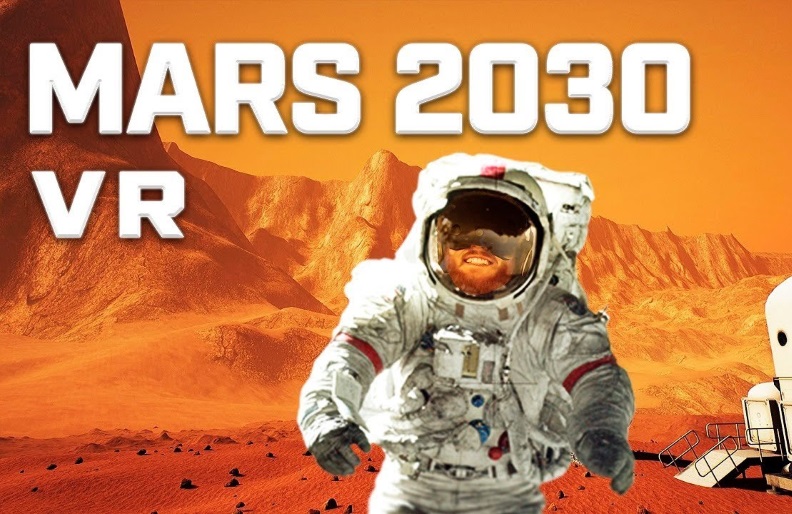 Build your own city, travel to Mars or improve your real-life photography skills using virtual reality

Whether you want to explore Mars, travel through space squashing bugs, or use magic to protect a powerful relic, the options are endless when it comes to virtual reality.

Here we round-up the best HTC Vive games. We will be updating this article as more games are released.

In the Mars 2030 HTC Vive game, players explore the Red Planet and make discoveries across 15 square miles (40 square kilometres) of open Martian terrain. The ground looks exactly like the real thing because it was mapped and modelled using data from NASA’s Reconnaissance Orbiter HiRISE camera. Acting like an astronaut, players will collect geological samples and analyse them, to learn about the planet’s history.

If you think you might prefer a different space game, how about learning from a real-life astronaut? As NASA prepares to send the first humans to Mars, 8i and Time Inc’s LIFE VR have collaborated with Buzz Aldrin to create the game Buzz Aldrin: Cycling Pathways to Mars. HTC Vive players can virtually meet the astronaut, and travel to the exact place he stepped foot on the moon, before learning about his plan for colonising Mars.

If you really want to see what it is like as an astronaut, Apollo 11 might be for you. Another moon-themed game, Apollo 11 VR, allows players to fly and land the historic spaceship. After a successful landing, you can explore the surface of the moon and set off the same experiments that were used, before attempting the tricky re-entry to Earth.

Slightly less realistic, Homebound puts players through a set of catastrophic events set in deep space. In the end, the mission goal is to make it back to Earth alive.

In another venture into science fiction, Gunheart is a shooting game built exclusively for virtual reality. Players take on the role of robotic bounty hunters trying to earn money at the edge of the galaxy. The game involves finding new exotic locations, blasting aliens and using the profits to upgrade weapons.

If, instead of travelling through space, you prefer the idea of constructing complex structures, MakeVR Pro is a good option. Using professional computer-aided design (CAD) software, players can learn how to make 3D objects using precise modelling tools using their own two hands.

Another design game, Kodon was created with both amateur and seasoned sculptors in mind. The 3D sculpting program is designed for roomscale VR, and it allows players to freely shape objects, using a variety of sculpting techniques. You can make an object melt, mould and bend in your hands, and import or export models.

Using a virtual SLR camera, equipped with anything a real camera would have, using Magic Hour, players can perfect their photography skills. The game gives the perfect light and lets users play around with camera settings to see what might work best in real life.

Venture into a magic world

Mage Guard is a spell casting game for VR. Players become a ‘Guild Mage’, and their mission is to guardi the Guild’s most powerful relic “The Grimoire”. The game involves a rogue faction within the Guild, which breaks away and begins running rampant, capturing or burning villages, stealing knowledge and artefacts and setting themselves up as the ruling class of the land. The mission throughout the game is to defend the Relic at all costs.

This article was originally published by ALPHR.