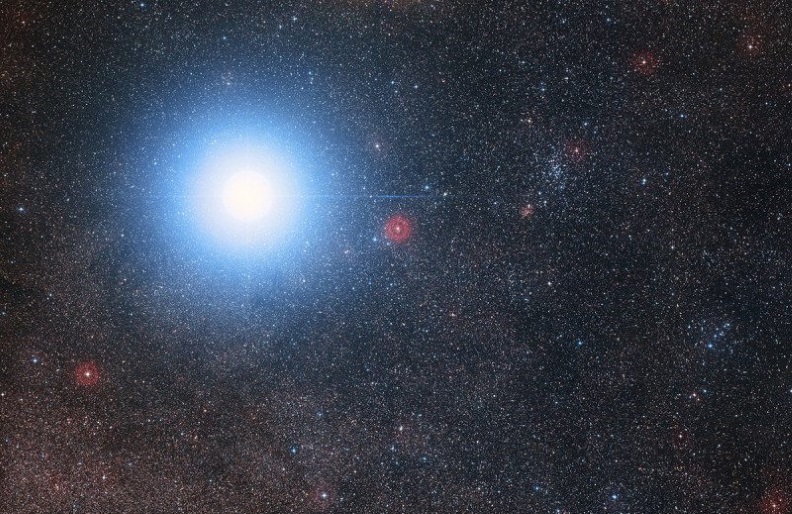 THE smallest ever spacecraft have been successfully put into orbit in what may be the first step towards visiting our nearest star — Proxima Centauri.

THE smallest ever spacecraft have been put into orbit in what may be the first step towards the stars.

Breakthrough Starshot is a plan to send man-made probes across the gulf of space to our nearest neighbour, Proxima Centauri.

The idea is that to accelerate a cluster of tiny craft to the immense speeds necessary to cover the 4.24 light years within a human lifetime, it will need to be as small and light as possible.

At the weekend, a bundle of spacecraft — no more than a microchip on a single circuit board — were put into orbit to test the functionality of such nano-probe ‘star chips’.

It is hoped future examples of these will be lofted beyond our solar system on the backs of tiny light sails. A network of Earth-based lasers will blast them with its beams, accelerating them to an astronomical 20 per cent of the speed of light.

In themselves, though, the probes are no lightweights.

The 3.5cm by 3.5cm packages, weighing no more than 4 grams, will carry sensors, solar panels, processors and transmitters.

They’re intended to network together to get the best possible exploration results.

It’s hoped that enough of these tiny probes will survive the decades-long journey in order to snap close-up images of the Poxima Centauri star and solar systems as they flash by.

It will then take four years for that data to travel all the way back to Earth.

It’s the effectiveness of such probes that is now being tested in low orbit.

Breakthrough Starshot says they are “performing as designed.”

“The spacecraft are in radio communication with ground stations in California and New York, as well as with amateur radio enthusiasts around the world,” a Breakthrouh statement reads. “This mission is designed to test how well the Sprites’ electronics perform in orbit, and demonstrates their novel radio communication architecture.”

The concept was initiated as a kick-starter project in 2011 by Zac Manchester. The idea has since been developed by researchers at Cornell University.

The objective is to produce a design that could fly at 20 per cent of light speed and return images and other measurements of the exoplanet Proxima b and other planets in our nearest star system, Alpha Centauri, within 20 years.

This article was originally published by news.com.au. Read the original article.