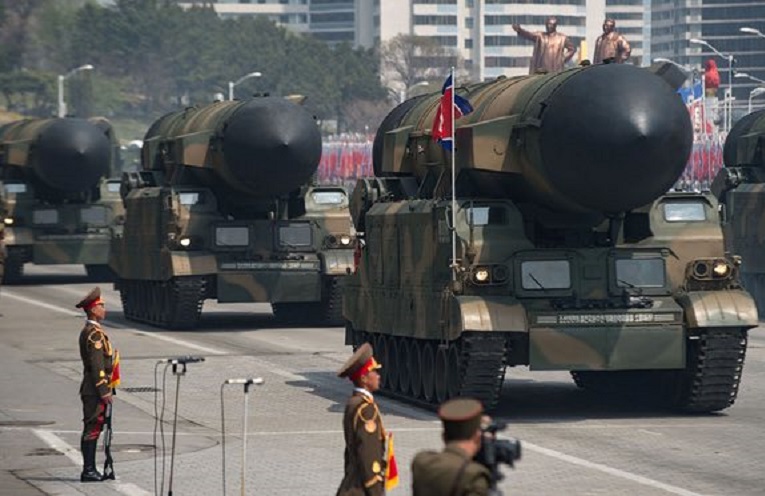 In test blasts, military parades and propaganda videos that show San Francisco and Washington DC in ruins, North Korea has broadcast its intention to be a world nuclear power. Less clear, experts say, is how close the secretive nation is to realizing its ambitions to threaten the mainland of the United States.

As rhetoric between the two nations has ratcheted up in recent weeks, residents of major west coast cities such as San Francisco, Portland and Seattle have begun to ask out loud: should they be worried?

After five nuclear tests in a decade, North Korea has already shown that it poses a nuclear threat to South Korea and Japan, roughly 80,000 American soldiers stationed in those countries, and to China, its nominal ally. But although Kim Jong-un has dramatically increased missile testing since he took power in 2011, North Korea has yet to test an intercontinental ballistic missile (ICBM) that could cross nearly 5,500 miles of the Pacific. 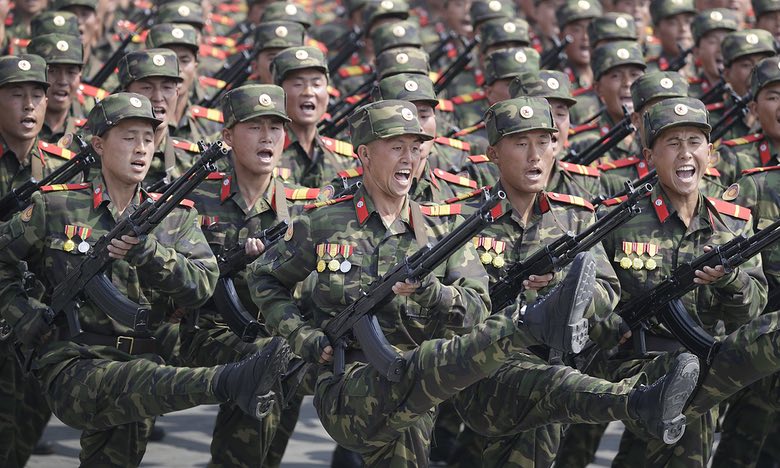 North Korea would need to overcome two feats of engineering to threaten the American mainland: a working ICBM system and a warhead for one of those missiles. Unlike shorter-range missiles, long-range missiles have multiple engines and flight stages, meaning North Korean engineers have to make rockets – and bombs – that can survive the violent vibrations of launch, the wrenching g-forces of flight, and the temperature changes of takeoff and re-entry from space.

“Producing a warhead that can handle all that is a challenge,” said Joseph Bermudez, an analyst for 38 North, a thinktank affiliated with the Johns Hopkins School of Advanced International Studies. Although Kim has said he wants to test an ICBM later this year, Bermudez doubted the test would be a success.

In February, North Korea fired a medium-range missile into the Sea of Japan, travelling about 300 miles. North Korea has also developed a missile with an estimated range of 2,200 miles, almost halfway to Hawaii, but so far struggled to launch it.

Until North Korea begins ICBM tests, it will be difficult to gauge the country’s capabilities, said Joshua Pollack, a senior researcher at the Middlebury Institute of International Studies in Monterey, California.

“If they do get to the point where they decide to start a campaign of ICBM flight testing, that will allow them to work through the usual technical difficulties,” he said, noting that they had an “impressive” record of solving problems. “It will allow them in time, I’m confident, to create a reliable weapon.”

But Pollack was wary about any timeline. “They could flight test an ICBM today and it could work or it could take them a year or two,” he said. “I really hesitate to say anything about it.”

Other experts have offered cautious estimates, based on the rate of testing in the last six years. “If everything proceeds as is, it’s likely by 2020 that they could have a system reaching the United States,” Bermudez said. “It should be viewed as an emerging threat.”

After the fifth test last fall, Siegfried Hecker, the former director of Los Alamos National Lab, the cradle of the first atomic bomb, gave a similar assessment. “Left unchecked, Pyongyang will likely develop the capability to reach the continental United States with a nuclear tipped missile in a decade or so,” he wrote in a post for 38 North.

While North Korea cannot hide its missile tests – even short-range tests are usually visible to satellites – it has performed nuclear tests in a tunnel system beneath a mile-high mountain. The secrecy means experts know relatively little about how small or sophisticated North Korea’s bombs are, or how many exist. Experts agreed, however, that North Korea probably has the means to fit a warhead to an ICBM.

“It’s within the range of their technical capabilities and competence,” Bermudez said. “That doesn’t mean they could easily or successfully do it.”

The US has reportedly made it more difficult for North Korea to get missiles off the ground, with a series of cyber-attacks begun by Barack Obama. But government hackers alone probably cannot stop North Korea’s ambitions, Bermudez said. “It’s likely that any cyberwarfare campaign would not be able to stop either the nuclear program or the ballistic program, only delay it.”

Donald Trump vowed on Twitter earlier this year that Kim would not test an ICBM, and his advisers have not ruled out pre-emptive military action.

Last weekend’s parade, the experts said, showed a natural arc in North Korea’s progress: a mix of propaganda, aspirations and actual progress, to take with a grain of salt. In the parade North Korea showcased two apparently new ICBMs, larger even than existing models already designed to reach the east coast of the US.

“The good news, if you’re worried, is first of all the North Koreans are not suicidal, they’re not going to just start a war,” Pollack said, noting that the US had coexisted for decades with other nuclear rivals, Russia and China. “So this is a familiar condition for us and I don’t think we need to get too worked up.”