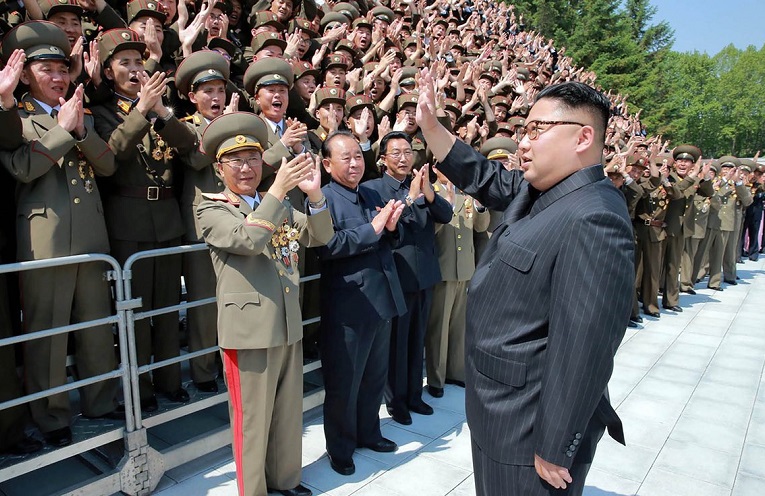 South Korean military says projectile took off from near Pukchang, but reports say it is not thought to be intercontinental missile

South Korea’s Office of Joint Chiefs of Staff said in a statement that the projectile took off on Sunday afternoon local time from a location near Pukchang.

Yonhap News Agency said the projectile was not believed to be an intercontinental ballistic missile (ICBM), citing an anonymous source.

The missile flew about 310 miles (500km) and was believed to have landed in waters off its east coast, South Korea’s military said. South Korea’s Office of Joint Chiefs of Staff said South Korea and the US were conducting close-up analysis of the launch.

In a statement the White House said it was aware of latest missile launch, and noted that this latest projectile had a “shorter range than the missiles launched in North Korea’s three most recent tests”.

North Korea has defied all calls to rein in its nuclear and missile programmes, even from China, its lone major ally, calling them legitimate self-defence.

A week ago North Korea claimed the US mainland was now within range of its missiles after it successfully test-fired a new rocket it said was capable of carrying a “large-scale, heavy nuclear warhead”.

The country’s leader, Kim Jong-un, accused the US of “browbeating” countries that “have no nukes”. He told Washington not to misjudge the reality that the US mainland was in Pyongyang’s “sighting range for [a] strike”, the KCNA state news agency reported.