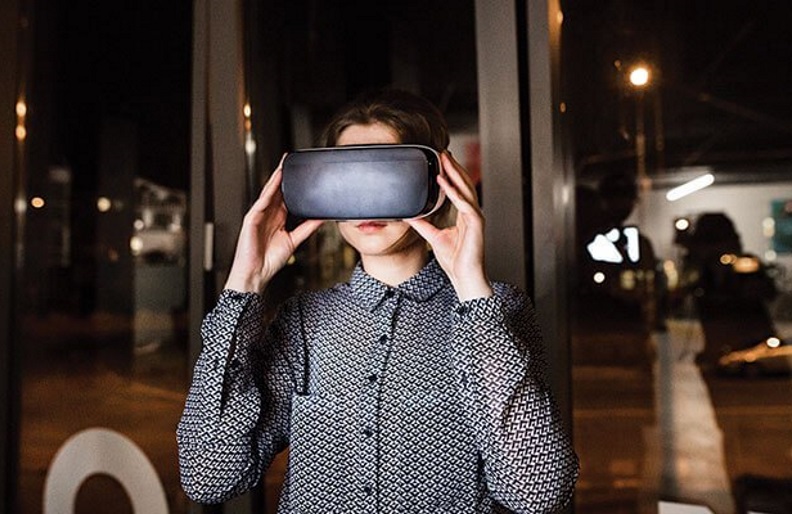 Share
Tweet
Share
Pin
Share
0 Shares
You meander around the supermarket loading a basket with goods—breakfast tea, sugar, milk. Along the way, though, you become befuddled. You struggle to recall the items on the shopping list. When you arrive at checkout, you discover several items in the basket that you do not recall picking up. Then it comes time to pay the cashier and you can’t seem to count out the proper sum.

This virtual reality experience, played out using an Android smartphone, is the work of the medical research nonprofit Alzheimer’s Research UK. The organization’s primary mission is to raise money for research into dementia and other memory-related illness, but it also seeks to raise awareness and empathy for victims of a disease that the group’s leaders say the public still poorly understands.

“They only think about memory problems. The reality of dementia is much bigger than that,” said Tim Parry, the nonprofit group’s director of communications and brand. Thus, Alzheimer’s Research UK wanted to “put someone in the shoes of someone living with the condition.”

As an increasing number of cause-driven organizations have done, the group turned to virtual reality. Those experimenting with the technology say it is more accessible than ever and offers the best medium to date for evoking empathy for their mission, whether it be medical research, global education or humanitarian relief.

The initial promise of virtual reality technology centered largely around entertainment, adding a new dimension to movies or video games and creating a diversion from the everyday. But projects launched by news outlets and nongovernmental organizations in recent years have demonstrated the technology’s potential to tell real-life stories in more compelling ways. Now, nonprofit organizations are taking that a step further and using virtual reality to build awareness and solicit donations.

Oculus, the Facebook-owned maker of virtual reality headsets, debuted a “VR for Good” program that paired 10 nonprofits with filmmakers and provided the teams with funding to create virtual reality experiences.

The head of the program, Lauren Burmaster, said virtual reality has the potential to combat donor fatigue among people who feel disconnected from the results of their contributions. “A lot of times people want to see where their money is going, but you can’t offer them that,” she said. “That’s the first thing we’re really seeing—nonprofits using this technology to bring their donors to the work that’s happening.”

The education nonprofit Pencils of Promise garnered buzz when it transported a roomful of its wealthiest donors from a Wall Street gala to a school in rural Ghana. The organization not only manufactured a 16-foot-wide replica classroom for donors to walk through but also outfitted them with virtual reality goggles through which a two-minute video placed their mind in the classroom as well.

The organization raised more than $2 million that night, and the video has reached 8 million people since.

“If you see anyone try our VR piece for the first time, immediately their jaw drops,” said Natalie Ebel, the director of marketing. Few of those who open their wallets to Pencils of Promise have ever been to the developing countries where the organization does its work. Virtual reality creates an “empathetic connection and presence” more effectively than photos or video, she said.

But virtual reality is not without its barriers and limitations. While the cost of production has come down considerably, the technology required is still more sophisticated and expensive than that needed to shoot regular film or still photography. Production time also tends to be longer, meaning projects need more time and money to deliver.

And not all experiences allow the viewer to be fully immersed. In the Alzheimer’s Research UK project, for example, the character has a female voice and British accent, which limits the number of viewers who can fully connect. The supermarket and other characters were computer animated, creating another separation between real-world viewers and the artificial scenario unfolding before them.

The project had other videos set in real places.

But taking the viewer to a real place and engaging with real people also has its challenges. Amnesty International UK launched its “Fear of the Sky” project as sentiments toward Syrian refugees in Europe were turning sour. The project places viewers on the bombed-out streets of Aleppo as a civilian activist explains the dangers faced by people for whom this is actual reality.

The project required Amnesty International UK to train and coordinate with activists already on the ground, many of whom took real risks to capture the images necessary to make the project possible.

“There were some difficulties because of the relentless bombing,” crisis response manager Kristyan Benedict said. “It took maybe six or seven times longer than it was meant to in the project plan.”

Still, organizations believe the result may justify the challenges.

“To actually feel that you’re inside Aleppo and … the sense of abandonment and isolation and fear of not knowing when the next barrel bomb is going to drop on you,” Benedict said. “The general consensus was shock.

“VR is certainly something that’s adding itself to the menu (of tools) that different campaigners can use to tell a story,” he said.