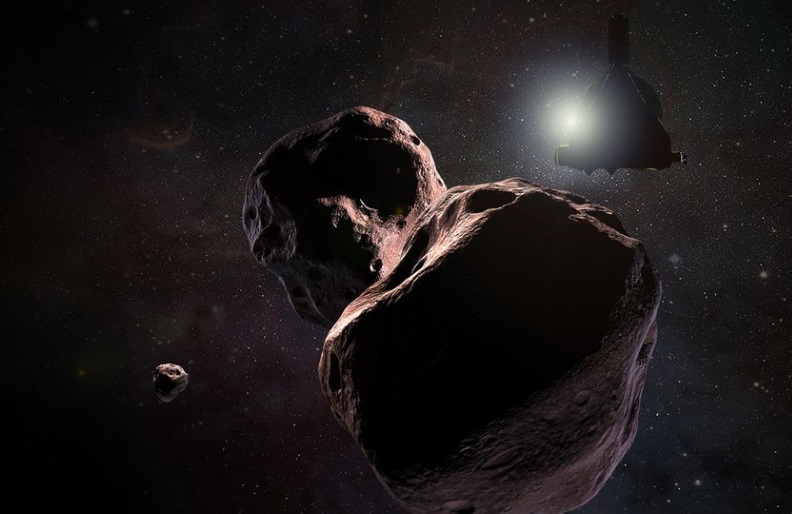 Mission control rejoiced when NASA’s New Horizons probe zipped past Pluto in 2015 following a nine-year voyage, but in some ways it was just getting started. After gathering revolutionary data on the dwarf planet, the plucky spacecraft’s imager has now made its first detection of Ultima Thule, its next flyby target in the Kuiper Belt.

After awakening from a stint in hibernation mode that followed its historic Pluto flyby, New Horizons set itself for a rendezvous with the ancient Kuiper Belt object, which sits around four billion miles from the Sun (6.5 billion km). The name of this distant body is inspired by a mythical island in medieval mythology called Thule that was situated to the far north of the world, with Ultima literally translating to “beyond”.

Read more: Scientists Are Angry About ‘Planet 9’—and It’s Because of Pluto

New Horizon’s encounter with Ultima Thule will be the most distant planetary encounter in the history of space exploration, and it has now set its sights on its target for the first time. NASA scientists have used the probe’s Long Range Reconnaissance Imager (LORRI) to snap images of the object’s neighborhood of space, and were able to pick it out of a cluster of brightly lit stars.

“The image field is extremely rich with background stars, which makes it difficult to detect faint objects,” said Hal Weaver, New Horizons project scientist. “It really is like finding a needle in a haystack. In these first images, Ultima appears only as a bump on the side of a background star that’s roughly 17 times brighter, but Ultima will be getting brighter – and easier to see – as the spacecraft gets closer.”

With a four-month journey ahead of it before it flies by Ultima Thule on New Year’s Day 2019, this and other detections along the way will help mission scientists make slight course adjustments as New Horizons zeroes in. Promisingly, the scientists used data from the Hubble Space Telescope to predict the spot where they through Ultima Thule would be. After turning LORRI in that direction at just the right time and snapping these first images, it appears their calculations are on the money.

“Our team worked hard to determine if Ultima was detected by LORRI at such a great distance, and the result is a clear yes,” says New Horizons Principal Investigator Alan Stern, of the Southwest Research Institute in Boulder, Colorado. “We now have Ultima in our sights from much farther out than once thought possible. We are on Ultima’s doorstep, and an amazing exploration awaits!”