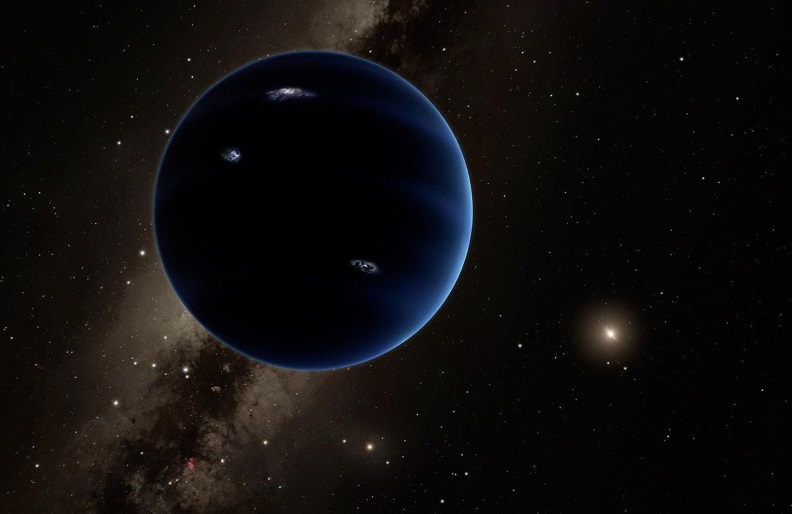 In early 2016, scientists from the California Institute of Technology published a paper suggesting that a mysterious planet larger than the Earth could be hiding beyond the orbit of Pluto, in the farthest reaches of the Solar System.

This hypothetical world has come to be known as “Planet Nine.” However, some scientists aren’t happy with the term, according to an open letter published in the July 29 issue of the Planetary Exploration Newsletter.

The 35 signatories argue that the nickname is disrespectful to American astronomer Clyde Tombaugh, who discovered the original ninth planet, Pluto. In 2006, the International Astronomical Union downgraded Pluto to a dwarf planet, sparking a highly controversial debate that has yet to truly subside.

“We the undersigned wish to remind our colleagues that the IAU planet definition adopted in 2006 has been controversial and is far from universally accepted,” the authors wrote in the letter.

“Given this and given the incredible accomplishment of the discovery of Pluto, the harbinger of the solar system’s third zone—the Kuiper Belt—by planetary astronomer Clyde Tombaugh in 1930, we the undersigned believe the use of the term ‘Planet 9’ for objects beyond Pluto is insensitive to professor Tombaugh’s legacy.”

The scientists go on to argue that the term should be discontinued in favor of “culturally and taxonomically neutral terms for such planets,” like Planet X, Planet Next, or Giant Planet Five.

Pluto’s status began to be questioned in the early 1990s following the discovery several similarly sized objects in the Kuiper belt—a ring of bodies that orbit the Sun, extending from the path of Neptune at 30 astronomical units (AU) to a distance of 50 AU from the star.

The discovery of Eris, a dwarf planet that is 27 percent more massive than Pluto, prompted the IAU to formally define the term “planet” in 2006, stating that an object had to meet three conditions to be defined as such.

This definition stated that the object must orbit around the Sun, be massive enough to be rounded by its own gravity and have cleared the neighborhood around its orbit. Pluto fails to meet the last condition, leading to its declassification.

While some supported the decision, there was strong resistance amongst the astronomical community, with many scientists criticizing the quality of the definition. One argument put forward by American planetary scientist Alan Stern, one of the signatories on the latest letter, states that under this definition, Earth, Mars, Jupiter and Neptune would all be declassified as they share their orbits with asteroids.

The hypothetical planet in question has not been directly observed. Instead, scientists have predicted its existence based on the strange, unexplained orbits of a handful of distant, icy worlds located beyond the orbit of Neptune, known as Trans-Neptunian objects.

This group of TNOs are clustered together in a way that is extremely unlikely to have occurred by chance, indicating the presence of a planet-sized object influencing their orbits through its gravitational pull, so the theory goes. Since they were proposed, scientists around the world have scrambled to investigate the predictions, but the planet has remained elusive.