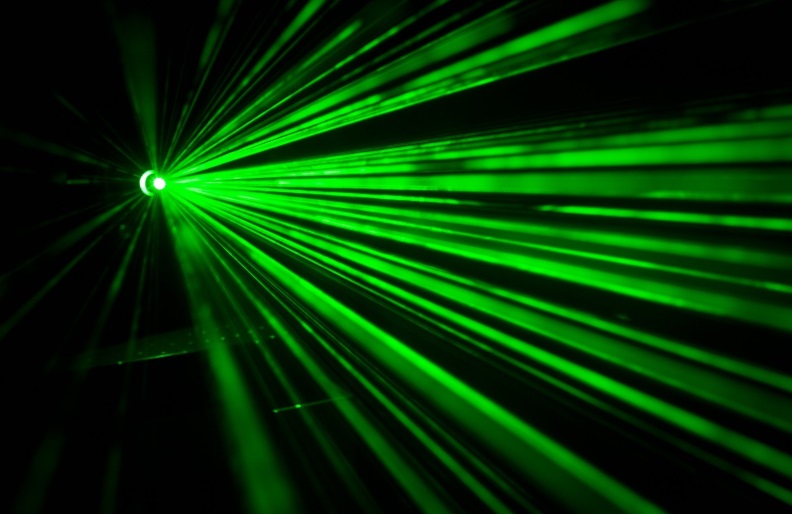 Researchers have developed a new device that can measure and control a nanoparticle trapped in a laser beam with unprecedented sensitivity. The new technology could help scientists study a macroscopic particle’s motion with subatomic resolution, a scale governed by the rules of quantum mechanics rather than classical physics.

The researchers from the University of Vienna in Austria and the Delft University of Technology in the Netherlands report their new device in Optica, The Optical Society’s journal for high impact research. Although the approach has been used with trapped atoms, the team is the first to use it to precisely measure the motion of an optically trapped nanoparticle made of billions of atoms.

“In the long term, this type of device could help us understand nanoscale materials and their interactions with the environment on a fundamental level,” said research team leader Markus Aspelmeyer from the University of Vienna. “This could lead to new ways of tailoring materials by exploiting their nanoscale features.

“We are working to improve the device to increase our current sensitivity by four orders of magnitude,” Aspelmeyer continued. “This would allow us to use the interaction of the cavity with the particle to probe or even control the quantum state of the particle, which is our ultimate goal.”

The new method uses a light-guiding nanoscale device called a photonic crystal cavity to monitor the position of a nanoparticle levitating in a traditional optical trap. Optical trapping uses a focused laser beam to exert a force on an object to hold it in place. The technique was recognized by the award of the 2018 Nobel Prize in Physics to pioneer, Arthur Ashkin.

“We know that the laws of quantum physics apply on the scale of atoms and the scale of molecules, but we don’t know how large an object can be and still exhibit quantum physics phenomena,” said Aspelmeyer. “By trapping a nanoparticle and coupling it to a photonic crystal cavity, we can isolate an object that is larger than atoms or molecules and study its quantum behaviors.”

“By examining how light in the photonic crystal changes in response to the nanoparticle, we can deduce the position of the nanoparticle over time with very high resolution,” said Lorenzo Magrini, first author of the paper.

The new device detects almost every photon that interacts with the trapped nanoparticle. This not only helps it achieve extremely high sensitivity but also means that the new approach uses much less optical power compared to other methods in which most of the photons are lost.

Under vacuum conditions, the researchers demonstrated, for each detected photon, a sensitivity two orders of magnitude higher than conventional methods for measuring nanoparticle displacement in an optical trap. They also report that the strength of the interaction between the particle and evanescent field of the cavity was three orders of magnitude higher than what has been reported previously. Stronger interaction means that the photonic cavity can detect more information about the particle’s movement.

Similar to several other research groups around the world, the researchers are working toward achieving quantum measurements. They are now improving their setup and working to substantially boost the device’s sensitivity. This would allow measurements to be performed under stronger vacuum conditions that increase a particle’s isolation from the environment. In addition to studying quantum mechanics, the new device could be used to precisely measure acceleration and other forces that might arise in microscopic length scales.