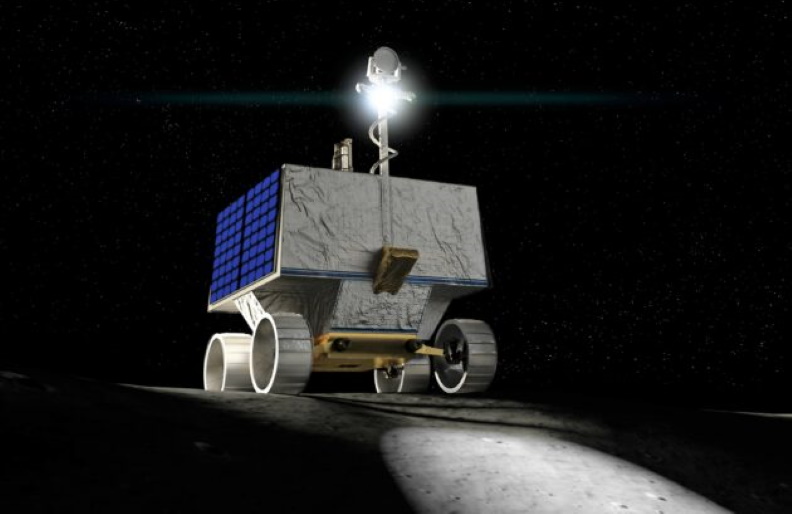 Before sending the first woman and next man to the moon, NASA will send a golf cart-sized rover to the lunar south pole to search for sources of ice water. The space agency hopes to have the rover exploring the moon’s surface by December 2022.

The new spacecraft was announced Friday at the International Astronautical Congress, a yearly conference where much of the international aerospace community gathers.

The Volatiles Investigating Polar Exploration Rover, or VIPER, will travel several miles on the moon over 100 days, searching the soil for water. Its findings will help NASA choose where to send astronauts as part of the Artemis program aimed at putting humans back on the moon to stay. The space agency wants to choose a landing site with plenty of ice water to use as a resource.

“This rover will help us answer the many questions we have about where the water is, and how much it is for us to use,” VIPER project manager Daniel Andrews said in a press announcement.

VIPER will have four key instruments to detect water. The Neutron Spectrometer System will detect wet areas below the surface. Once an area looks promising, the rover will deploy its TRIDENT drill to dig into the soil. Two other instruments will analyze soil samples.

On the mission, VIPER will collect different kinds of soil from different areas of the moon, letting scientists map out exact locations where water is likely located.

With the Artemis missions beginning in the 2020s, water will be a key resource on the moon — and deposits of ice water crucial for the longevity of a human settlement. It’s not just drinking water that’s in demand, either. Eventually, by mining the water ice, astronauts may be able to extract their hydrogen and oxygen and then use it to create rocket fuel. That could reduce the amount of fuel and supplies astronauts have to bring with them to the moon, and even support future missions to Mars.

“It can be used, and we need to use it, not just for life support but maybe even rocket fuel,” said NASA administrator Jim Bridenstine.

Astronomers found water ice near the moon’s south pole back in 2009, and scientists think it’s a promising spot to find more. And it’s not just NASA looking into the resources that might be hidden there. In September, India attempted to send its first lunar rover to the south pole to map the area and explore the region for water. However, the lander malfunctioned and crashed on the surface.

Engineers are already testing models of VIPER to see how it will move and function on the surface of the moon. The final VIPER rover is being created by various NASA research centers, along with commercial partners, Honeybee Robotics, a Brooklyn-based company.