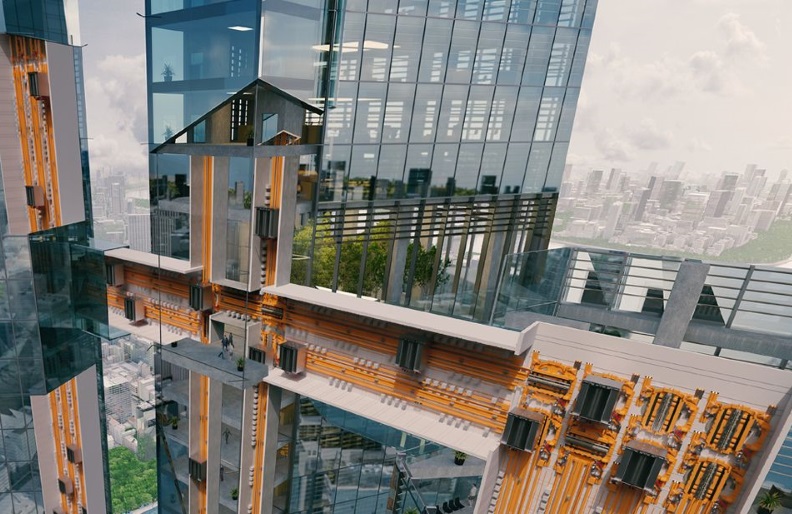 It could help change the way that buildings are designed, as well as getting you to your floor faster.

illy Wonka’s preferred mode of transport just became a reality. A new kind of elevator uses linear motors, similar to those in maglev trains and HyperLoop, to whiz its cabins through shafts, and will be able to move people up, down, left, or right.

The German engineering firm ThyssenKrupp first announced the idea of a maglev elevator way back in 2014 to a mixture of excitement and disbelief. Now, three years on, it has performed its first public test of the technology in a dedicated elevator experimentation tower in Rottweil, Germany.

As you can see in the video above, the elevator, known as Multi, doesn’t use a cable at all. Instead, it runs on rails that act as linear motors, using magnetic fields to accelerate cabins along their length. When a cabin stops at a floor, those rails can rotate so that it can move off to the left or right rather than continuing up or down.

ThyssenKrupp’s vision is of a system of several such shafts placed next to each other, so software might plan routes that take cabins between shafts and around congestion, saving people time.

The linear motor technology could also help side-step a major issue facing current skyscrapers. As Wired UK notes, regular cable designs can only safely rise about 1,600 feet in one continuous stretch, so in tall buildings there have to be numerous lift shafts installed to get people to the top. Multi could solve that, which could free up space and also allow architects to design buildings in different shapes and styles.

One German developer, OVG Real Estate, has already taken the plunge, and will install the system in its forthcoming East Side Tower building in Berlin. But—and honestly, there had to be a big “but” here—it’s unlikely many buildings will be kitted out with these kinds of elevators in the near future. That’s because Multi will apparently cost as much as five times more than a standard lift system. And, sadly, golden tickets don’t stretch very far in the world of real estate.