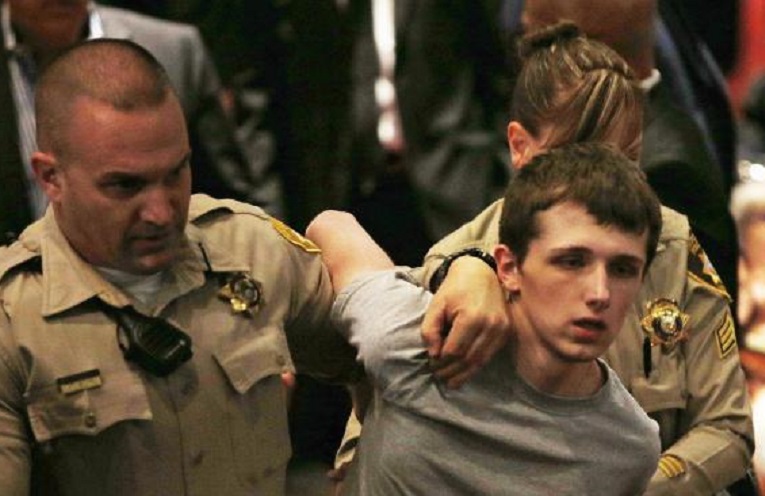 A BRITISH man jailed for trying to assassinate Donald Trump has told how he lunged for a police office’s gun after voices in his head screamed: “Kill him!”

Michael Sandford, 21, was bundled out of a political rally in Las Vegas while suffering a psychotic episode.

He is now back home with his family in Dorking, Surrey, after being freed last week, The Sun reports.

Mum Lynne was powerless to stop him travelling to the US despite his struggles with mental illness, and wants the law changed.

Michael got within six metres of Trump at a Las Vegas rally but was overpowered when he attempted to grab a police officer’s gun. 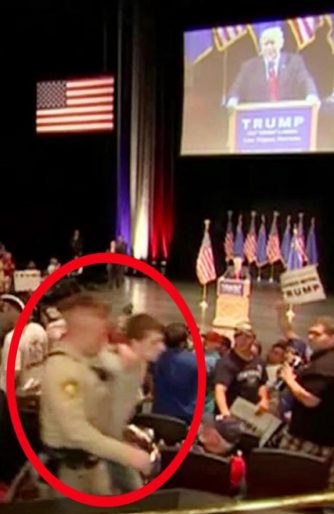 Michael, now back home in Britain after his release from a US jail, said: “I was hearing voices telling me to kill Donald Trump.

“They’d been coming on for a while and getting stronger and more frequent. At one point they were screaming at me.

“My friends had said Trump needed to be stopped. They said he was going to destroy the country — but it was the voices in my head which were telling me to kill him.

“Then one day I saw he was speaking in Las Vegas and I decided to drive there and do something myself.”

He had left his home in Dorking, Surrey, a year earlier and flown to the US to be reunited with his American girlfriend Lauren, whom he met in Britain.

Michael’s worried mum Lynne was powerless to stop him despite his mental health history, which included a spell sectioned under the Mental Health Act as well as anxiety, depression and anorexia. 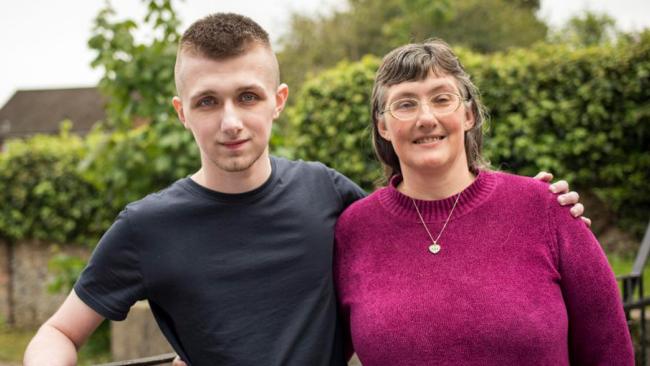 Lynne, now campaigning for new laws to help the parents of mentally ill children protect them from themselves, said: “We tried valiantly to stop him going. We spoke to mental health services and police, who shared our concerns but we couldn’t do anything.”

Under the Mental Capacity Act those aged 16 and over have the right to make their own decisions and must be assumed to have the ability to do so unless it is established otherwise.

The rally was set for 18 June 2016. Trump was already odds on to win the Republican nomination for that November’s presidential election.

On the day before the rally Michael went to a Las Vegas gun range to practise firing a Glock 17 pistol — the make and model carried by Trump’s police guards. 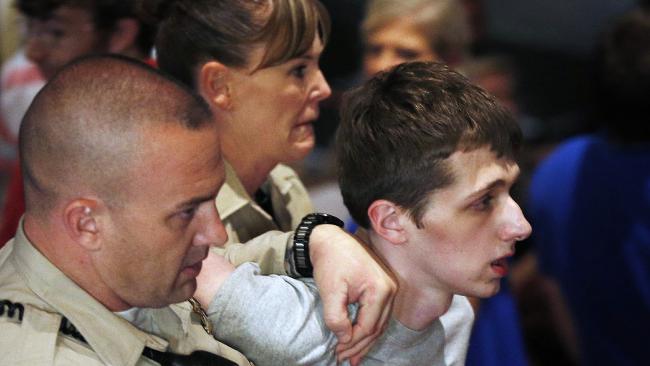 He said: “The voices were telling me I needed to do a practice run before trying to kill Trump.

“I was also seeing animals trying to attack me, I was seeing all sorts of things. Deep down I knew there was something wrong but I tried to convince myself it was OK.”

At the rally Michael queued for nine hours to get a good spot.

He said: “We were searched by the secret service and I took a seat near the front.

“I was watching where the police were. When Trump came on stage I went up to one officer to ask if I could get an autograph.

“I was about 20ft from Trump. There was a single row of seats between me and him.

“I reached down to try and pull the officer’s gun but it got stuck in his holster and he pushed me to the floor. Then the secret service arrested me.

“The crazy side of me was disappointed that I’d failed but the rational side was really glad no one had been hurt. I honestly thought they’d shoot me. I thought ‘I’m probably going to die today’.” 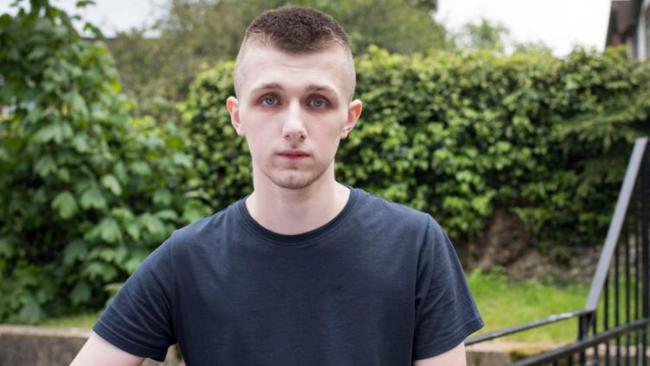 Michael’s mental state had deteriorated soon after he reunited with Lauren in New Jersey.

He began hallucinating — and hearing voices that echoed her anti-Trump views.

Michael had no previous interest in politics and had not even voted in the 2015 UK election.

He said: “But Lauren and my other friends out there made me have strong feelings about Trump.

“I saw bits on the news which really made me angry.” Michael’s money soon ran out — and he was in America illegally because his 90-day stay limit had expired.

When Lauren headed to Los Angeles for an acting job Michael followed — driving 3,000 miles across the US in an old BMW.

He said: “I hoped we might marry. But it took me a while to drive there and before she arrived she was arrested on drug charges.

“So I was then stuck out there by myself. I was living in my car because I didn’t have any money. Politics had become a burning issue in my mind.” 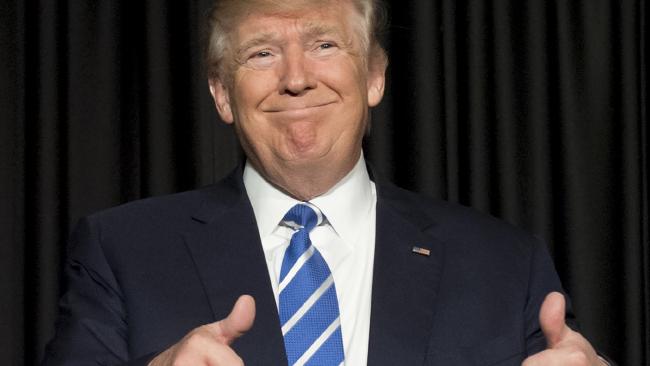 It was part of a plea deal which should have led to up to two years jail. But the trial judge was sympathetic to Michael’s mental issues and jailed him for a year and a day — much of which he had served on remand.

He added: “I was locked in my cell most of the time. I couldn’t sleep and I wasn’t eating the food. I was terrified. But I was given medication which made be feel like my old self again.”

On Thursday Michael flew home to be reunited with his family. He said: “It was an amazing feeling. There were times when I thought I might never see them again.

“I’m disgusted by what I did but I’m so glad no one was hurt.

“I still dislike Trump but I believe political disagreement should be dealt with peacefully.”