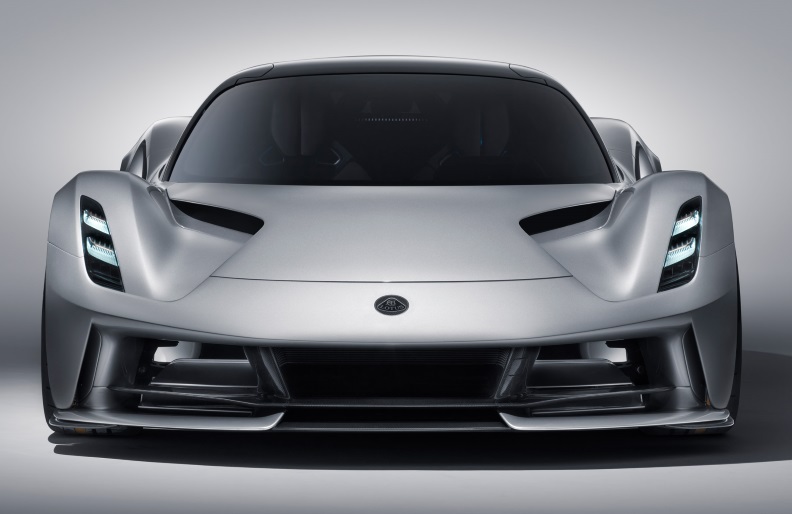 British car manufacturer Lotus has launched its first fully electric zero-emission hypercar, the Lotus Evija, which claims to be the most powerful series production road car ever built.

Lotus gave a teaser preview of the car earlier this year at Auto Shanghai 2019, where it announced the launch of Evija as the first all-electric supercar created by a British manufacturer.

Initially known as the Type 130, the car has been renamed as the Lotus Evija – a name derived from variations of Eve, meaning “the first in existence” or “the living one”.

In addition to being the first hypercar produced by Lotus, it is also the company’s first model with an electrified powertrain.

The battery pack is mid-mounted behind the two seats and supplies energy directly to four electric motors. Weighing around 1,700 kilograms, Lotus claims this power system makes it the lightest pure electric hypercar ever to go into series production.

The car also has five driving modes mounted centrally at the base of the wheel’s hub: Range, City, Tour, Sport and Track.

The main body of the car consists of a one-piece carbon fibre monocoque chassis – meaning the chassis and structure are fully integrated, like a structural skin – which sits low to the ground, measuring just 105 millimetres high.

Design director Russell Carr and his team took inspiration from geological forms when designing the exterior, looking at rocks that had been carved by nature to create the car’s curved, aerodynamic body.

Inspired by racing cars, a Venturi tunnel – created by constricting the flow of air through the space – runs through each rear quarter of the car, optimising air flow by directing it through the body-shell. 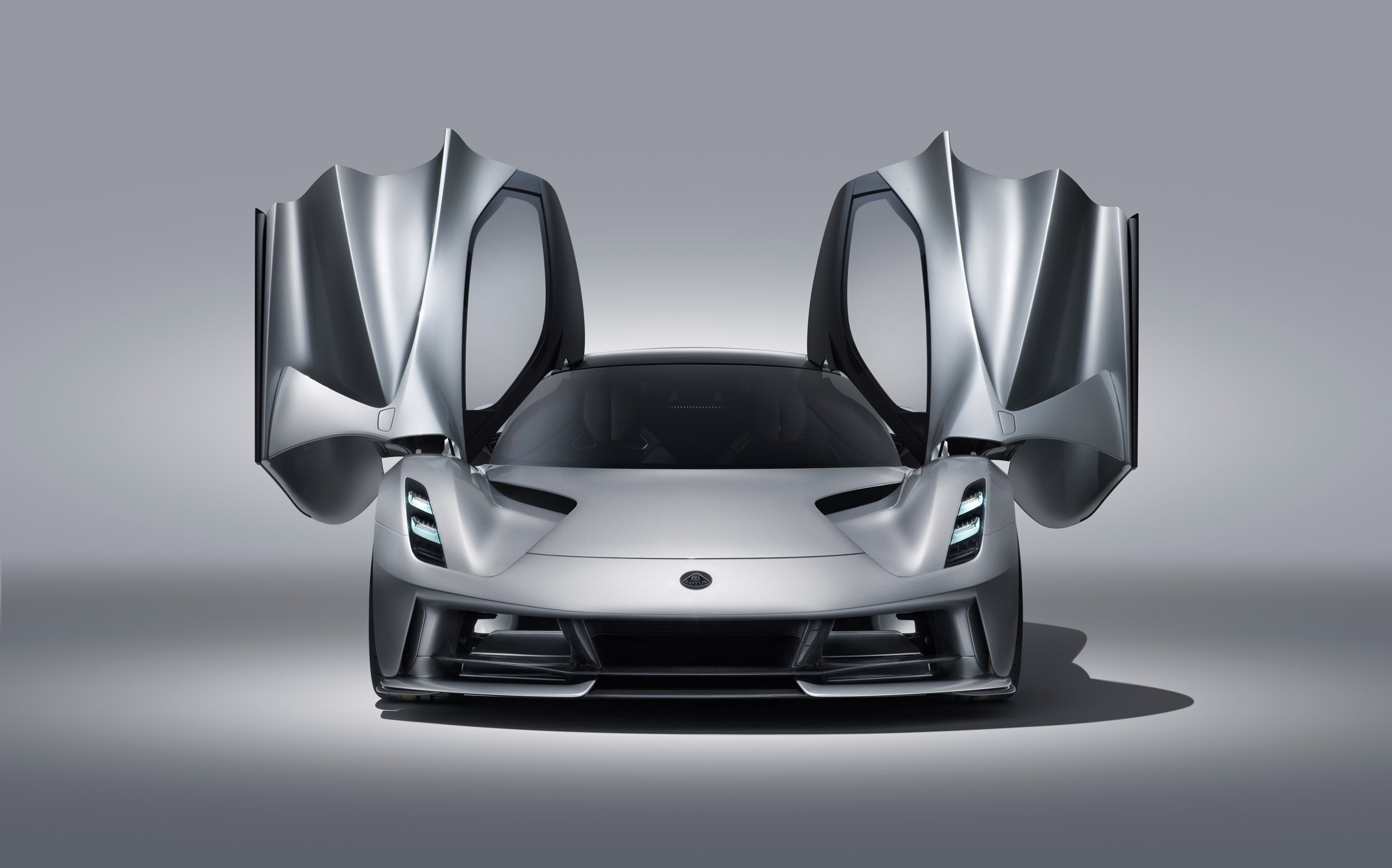 “We studied how Le Mans race cars use air flow creatively to go over, under and around the vehicle, but also through it,” explained Carr.

“This concept of ‘porosity’ is key to the Evija and has enabled us to create a timeless design with exceptional amounts of downforce,” he added.

This design concept also works to deliver high-energy air flow to the rear of the car, which counteracts the low pressure behind the car to reduce drag.

The car’s bi-plane front splitter also serves as a channel for air to cool down the battery and front e-axle, in addition to paying tribute to Lotus’ Type 72 Formula 1 car that debuted at the Spanish Grand Prix in 1970, with its square front central section and two side wings. 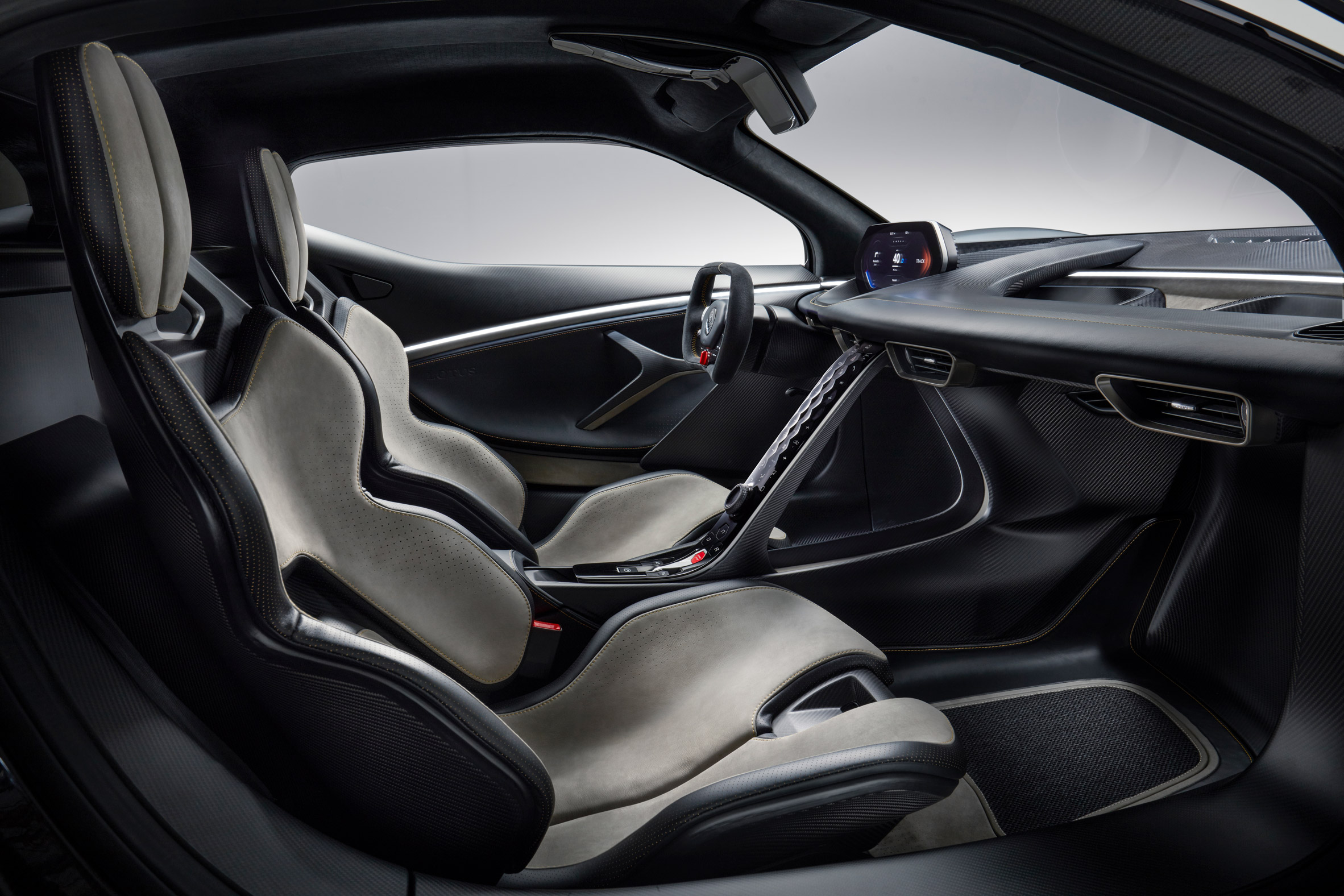 Motorsport references extend to the interior too, which can be accessed through the two dihedral doors, with fully adjustable race-style seats and a multi-function steering wheel.

According to Carr, the shape of the cabin is inspired by the company’s prototype racing cars of the late fifties and early sixties. 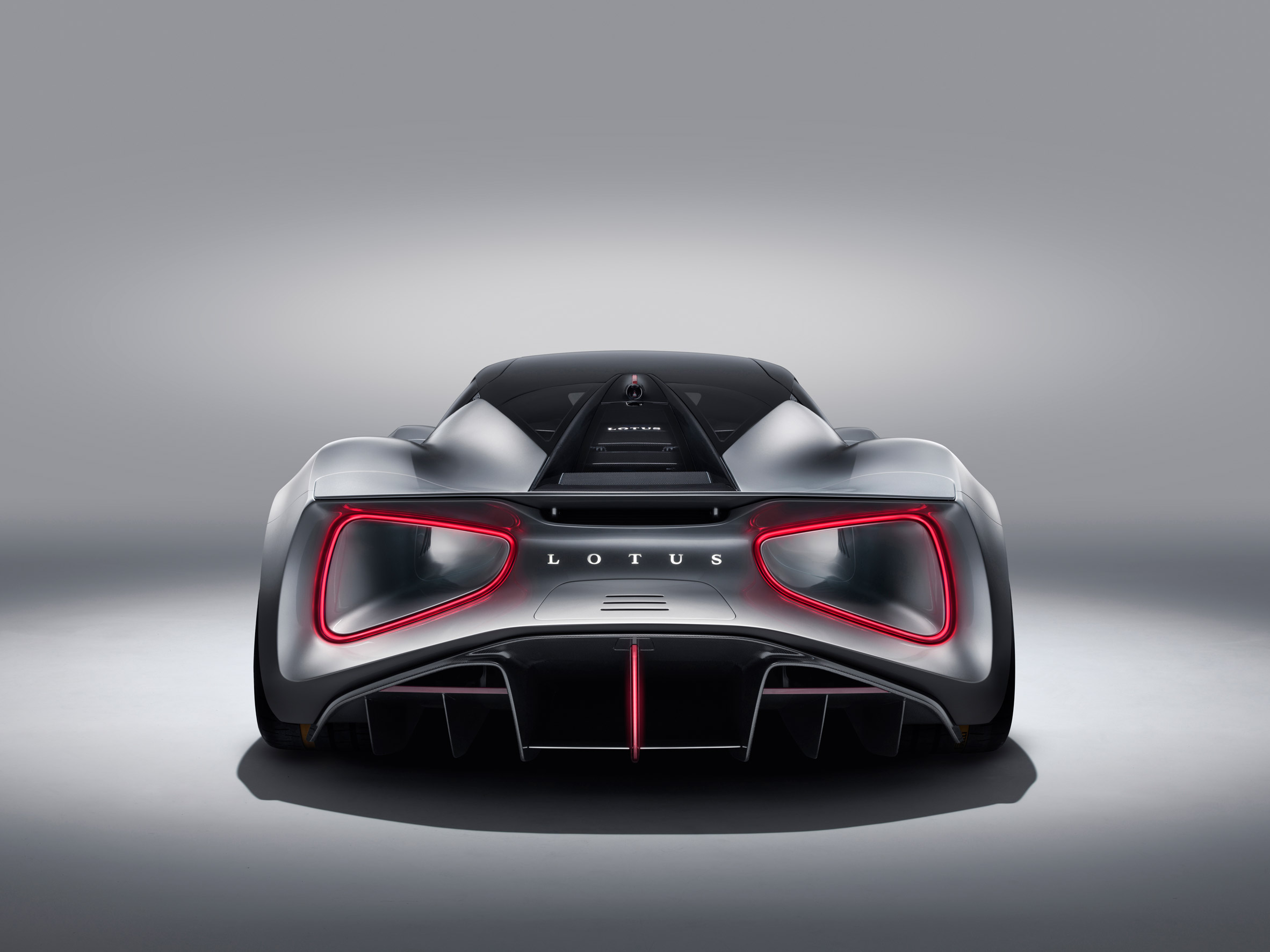 Only 130 models of the exclusive Evija will be produced – a figure set in recognition of the car’s type number.

Production of the hypercar will begin next year in Hethel in east England, which has been the home of Lotus since 1966.

Back in March this year, Bugatti built a one-off supercar from carbon fibre, which was quickly sold to an anonymous enthusiast for a price of €11 million before tax – making it “the most expensive new car of all time”.

Called La Voiture Noire – French for “the black car” – the model features a 16-cylinder engine and is designed to be a modern take on the classic Bugatti Type 57.

This article was originally published on Dezeen and was written by Natashah Hitti of Dezeen.