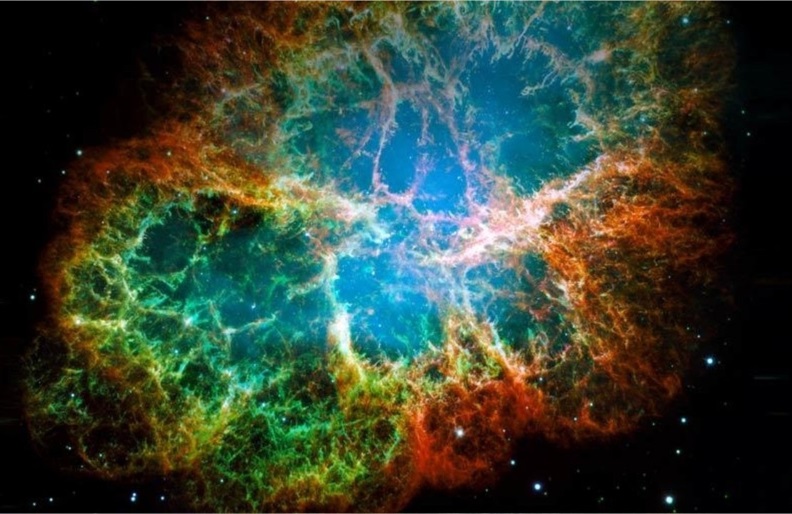 A series of observations on this nebula called HuBi-1, similar to our Sun, may have revealed the end prognosis of our Earth’s star.

New theories are emerging about important future steps in the evolutionary process of the Sun thanks to the work of an international team of researchers.

A consortium of sorts made up of the University of Hong Kong’s (HKU) Laboratory for Space Research (LSR), the Instituto de Astrofísica de Andalucía (IAA-CSIC) in Spain as well as other researchers from Germany, Mexico and Argentina, has been carefully tracing the evolution of a structurally ‘inside-out’ planetary nebula, HuBi 1, which exists 17,000 light years away in the Milky Way galaxy and is roughly 5 billion years ahead of our own solar system.

A planetary nebula (though the name is somewhat confusing as the term “planetary” indicates its appearance, not its scientific properties) is a mass of gaseous ionized clouds surrounding a sun-like star as it ages–which form in the final stages of the star’s life. As the star runs short of hydrogen, three things happen:

In the case of HuBi-1, however, they found that this naturally occurring process had been interrupted, due to an “absence of ionizing photons from the central star”, resulted in a reforming and reconstitution of the inner nebula. This was because its star was being ‘born-again’, the name scientists use of the ejection of material from a star’s surface.

The relevance of all this for us is that the Sun and HuBi-1 both share roughly the same mass. With a mixture of good and bad news, HKU-LSR postdoctoral fellow and paper co-author Dr. Xuan Fang made future predictions about the Sun based on the team’s work:

“Our findings suggest that the Sun may also experience a ‘born-again’ process while it is dying out in about 5 billion years from now; but way before that event, our earth will be engulfed by the Sun when it turns into a superhot red giant and nothing living will survive.”

Thanks to a combination of ambitious research and a fruitful collaboration, the HKU-LSR group has also progressively produced seven papers leading up to this one starting in 2017.

The draw of the planetary sciences, as evidenced by the large body of research existing around it, is that the field links to both the past and future. It is a discipline which is simultaneously forward and backwards-looking, in which a theory which has been around for decades can change instantly, or a missing gap of information surrounding a mystery that’s stumped scientists for what seems like an eternity can be solved in a matter of seconds.

The findings were published in the Nature Astronomy journal this month.