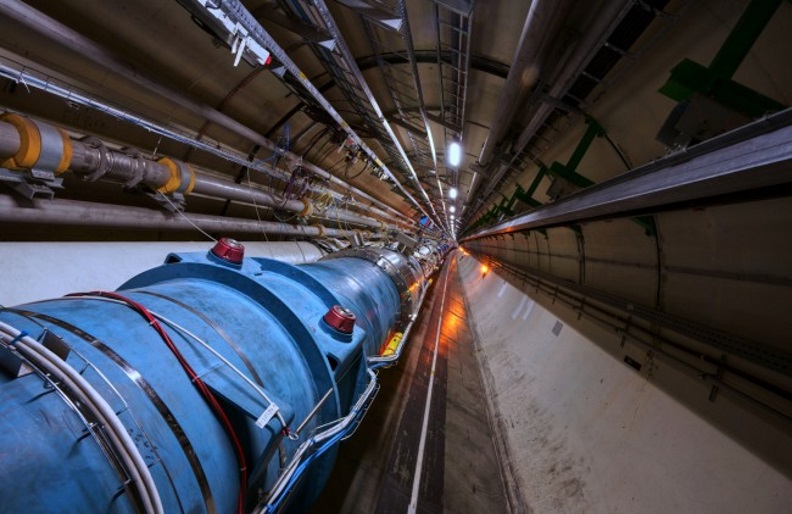 The Large Hadron Collider has successfully accelerated its first atoms to breakneck speeds, a feat that could one day lead to new forms of matter.

The LHC at the European Center for Nuclear Research at the France-Switzerland border was able to rev up full-blown atoms to nearly the speed of light.

Experts say this is the first successful test for CERN’s Gamma Factory, a project that aims to find new ways to produce high-energy gamma rays.

The LHC normally generates collisions between protons and then smashes the nuclei for four weeks before the machine is shut down for annual maintenance. This is the first time the atom smasher has accelerated nuclei with at least one electron that orbits them.

In a statement, scientists at CERN say they were able to accelerate lead nuclei with one electron, a process that LHC physicist and engineer in charge Michaela Schaumann says is very challenging.

Schaumann explains that atoms with only one electron are very delicate. The processes taking place inside the LHC can very easily strip the remaining electron off the nucleus.

When this happens, the nucleus crashes into the beam pipe wall because it is not in sync with the particle accelerator’s magnetic field anymore.

On the first run, operators placed 24 bunches of atoms into the LHC, achieving a stable, low-energy state for one hour. When switched on to full power, the LHC was able to maintain the beam for two minutes before automatically dumping it.

“If too many particles go off course, the LHC automatically dumps the beam,” Schaumann explains. “Our main priority is to protect the LHC and its magnets.”

The operators went for a second run, this time placing six bunches of atoms instead of 24. The LHC was able to maintain the beam for two hours before dumping it intentionally.

The experts were surprised to find that the LHC could maintain the beam for about 40 hours, far more than their 15-hour prediction. The question now is whether the LHC can maintain the beam at higher energies by changing the machine’s settings, which were optimized for protons during the experiment.

Experiment Could Lead To Gamma Rays

The findings could one day allow scientists to generate gamma rays in new ways. The process would involve shooting a laser at atoms, which would excite electrons and make them jump to a higher energy level.

As these electrons bounce back to their previous levels, they would produce photons. Because the atom is moving at crazy speeds, the energy of the light particle would be boosted.

The generated gamma rays could be used to produce particles such as electrons, quarks, and even muons. They could also lead to new kinds of matter, including dark matter and other forms.