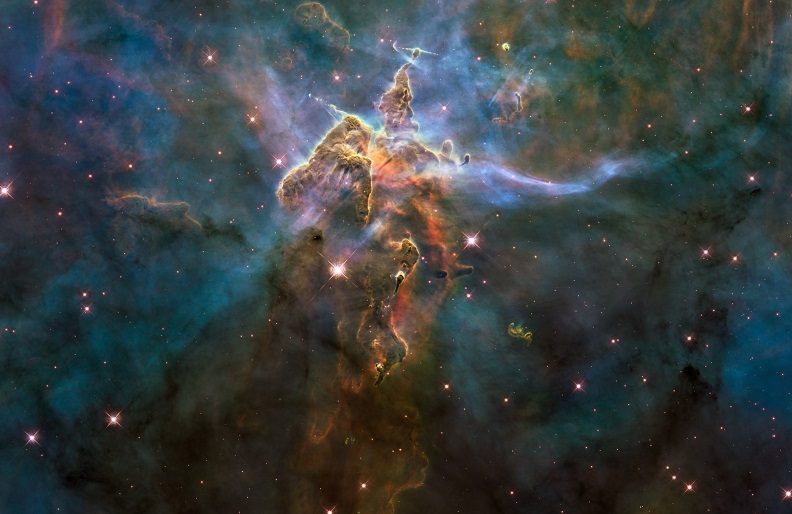 After a long search, a cosmic mystery has an answer. Astronomers have made the very first unambiguous detection of a radioactive molecule in space – an isotope of aluminium, found in the heart of a rare nova.

Scientists have long been searching for 26AlF – or Aluminium monofluoride – containing 26Al, but a direct observation has been exceptionally illusive.

We’ve known about the presence of 26Al in space for decades. In 1984, NASA’s HEAO 3 satellite data was used to identify gamma-ray radiation originating from the beta decay of the isotope. According to these observations, there’s roughly two solar masses of 26Al in the Milky Way.

But the objects responsible for producing 26Al have never been directly identified, because our gamma-ray observatories were not sufficiently sensitive.

Cue a team of astrophysicists, from institutions including the Harvard-Smithsonian Center for Astrophysics and the Max Planck Institute, some top-of-the line-space observatories, and a strange little object in the sky called CK Vulpeculae.

What the researchers did know is that CK Vulpeculae is possibly the oldest documented nova in the sky, located around 700 parsecs (2,280 light-years) away in the constellation of Vulpecula (The Little Fox).

Vulpecula was first documented in June 1670, when it flared to life. It flared again in 1671, and remained visible to the naked eye until 1672. But if you have a telescope it’s still visible up there, and in 2015 it was discovered to have likely been the result of two stars colliding.

It’s also surrounded by an outflow of molecular gas with a very unusual isotopic composition. And, in a small region of the remnant, using powerful tools such as the NOEMA Interferometer millimetre array and the new Band 5 receiver on ALMA, the astronomers found their signature.

And the presence supports the stellar collision hypothesis. This adds a new type of object – the stellar merger remnant – to the list of what to consider in the context of 26Al production.

“We report observations of millimetre-wave rotational lines of the isotopologue of aluminium monofluoride that contains the radioactive isotope,” the researchers wrote in their paper.

“The observation may be a stepping stone for unambiguous identification of other Galactic sources of 26Al. Moreover, a high content of 26Al in the remnant indicates that, before the merger, the CK Vul system contained at least one solar-mass star that evolved to the red giant branch.”

The finding is an interesting one for technology. It demonstrates that millimetre-wave spectroscopy can be a far better tool than gamma-ray observatories for locating sources of radioactive nuclides, provided they produce molecules.

And it also tells us that we need to keep looking.

Based on how much of the isotope the researchers were able to estimate, there simply aren’t enough stellar mergers in the Milky Way to produce the amount of estimated 26Al, but now other researchers will know where to look and what to look for.

But it’s also possible, the researchers noted, that the actual mass of 26Al in atomic form may be higher than what they observed – so the role of stellar mergers in its production could be very important.

The team’s research has been published in the journal Nature Astronomy.