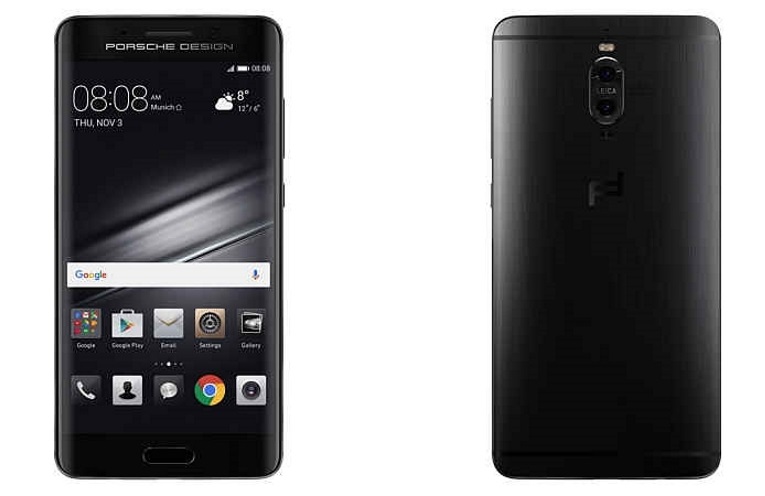 The two Huawei Mate 9 smartphones sport very similar specifications, however, there are some major differences as well. The Huawei Mate 9 Porsche Design edition bears a higher resolution, smaller display – a 5.5-inch QHD (1440×2560 pixels) AMOLED display instead of a 5.9-inch full-HD (1080×1920 pixels) IPS display – 6GB of RAM instead of 4GB, and 256GB of inbuilt storage (with no card slot) compared to 64GB with card slot. It also weighs less at 169 grams, and measures 152x75x7.5mm. It also foregoes the fingerprint sensor on the rear panel, and bears it on the home button instead.

Other specifications remain the same. The dual-SIM Huawei Mate 9 Porsche Design edition runs EMUI 5.0 based on Android 7.0 Nougat, and is powered by the HiSilicon Kirin 960 octa-core SoC with four Cortex-A73 cores clocked at 2.4GHz, and four Cortex-A53 cores clocked at 1.8GHz, coupled with the ARM Mali-G71 GPU and 4GB of RAM.

The Huawei Mate 9 Porsche Design edition bears a ‘second-generation Leica dual-lens camera’ with a 20-megapixel monochrome sensor and a 12-megapixel RGB sensor, both with f/2.2 apertures. The setup is meant to provide enhanced colour accuracy and depth perception. The rear camera has OIS, a Hybrid Zoom feature, dual-tone dual-LED flash, and ‘4-in-1’ Hybrid Autofocus system, with contrast, depth, laser, and phase detection autofocus systems. The smartphone bears an 8-megapixel front camera with an f/1.9 aperture. 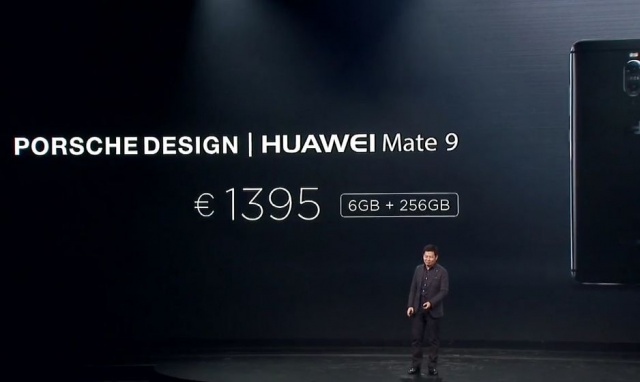 The Mate 9 comes with 256GB of inbuilt storage, and sports a 4000mAh battery with SuperCharge technology that’s said to deliver a day’s worth of charge in 20 minutes. The smartphone weighs in at 190 grams, and has dimensions of 156.9×78.9×7.9mm. It bears a USB Type C port

Richard Yu, CEO, Huawei Consumer Business Group, commented on the motivation of a Porsche Design smartphone, “We identified a new type of luxury consumer is emerging. One who needs a smartphone that matches the special demands of their successful, global lifestyles. Porsche Design is synonymous with excellence in innovation, unique design and perfection. The Porsche Design Huawei Mate 9 sets a new benchmark in design and performance and delivers a revolutionary smartphone experience that will enhance even the fastest-paced business and personal lifestyles.”