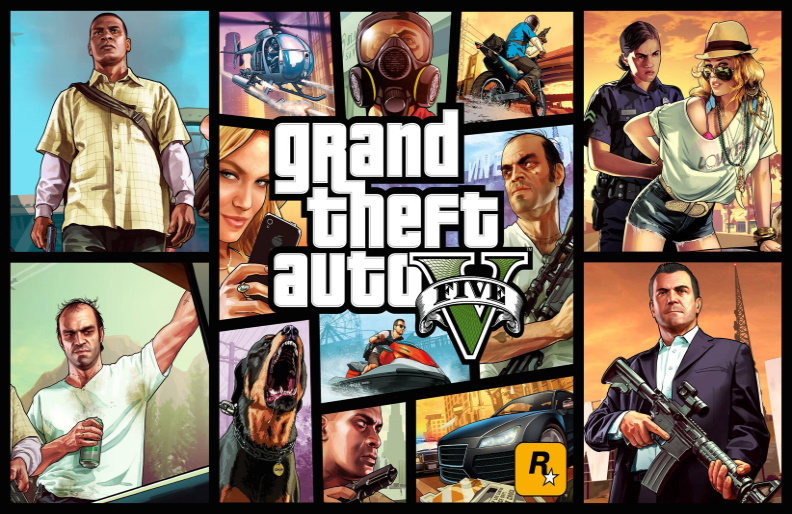 This offer actually went live on Thursday, and perhaps unsurprisingly, Epic’s servers quickly buckled and remained inaccessible for the entire day. But as of now, I was able to claim the freebie, and I’m installing it now. Your mileage may vary. Thankfully, the giveaway is available until May 21, though it’s possible Epic has a fixed number of free licenses. Bottom line: Get this while you can.

To do that, you’ll need an Epic Games account (free) and the Epic Games software client (also free). Once you’ve added the game to your library, it’s yours to keep forever.

Oh, and why the internet-melting fuss about GTA V? To this day it remains one of the most beloved open-world games of all time. Read GameSpot’s Grand Theft Auto V review to learn more.

Next up, Humble is offering Aegis Defenders (Win/Mac) free when you sign up for the Humble newsletter. Regular price: $20.

Here’s the official description of that one: “Explore, build, and defend in this 2D platformer that blends Metroidvania-style combat with Tower Defense strategy.”

Once you’ve claimed this freebie, you’ll receive a code to redeem on Steam, which is also the platform where you’ll play the game. As with GTA V, it’s yours forever.

Got an Xbox One? Here’s something you don’t see every day: A straight-up freebie from Microsoft. In this case, it’s The Lego Ninjago Movie Video Game, available free for a limited time. Regular price: $50. (Update: Just found out the game is also available free for PS4!)

I know very little about this title, and GameSpot hasn’t reviewed it, but it has a 4.2-star average rating from Xbox users. And I’ve seen or played lots of other Lego videogames, and they’re all charming and delightful.

By the way, if you’re an Xbox Gold subscriber, the action-RPG Warhammer 40,000: Inquisitor – Martyr is currently available free. It’s normally $40.

Last, but not least, GameSpot is offering 5,000 readers the chance to get a digital code for the KartRider: Drift beta. Those selected will get one code for Steam and one for Xbox One.

Okay, cheeps, that oughta keep you out of mischief this weekend. Happy gaming!

This article was originally published on CNET