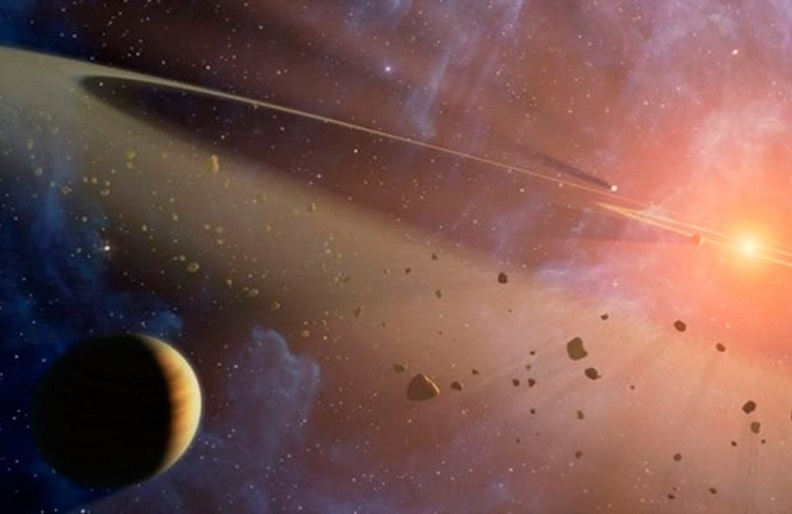 Four families of extremely young asteroids have been identified by researchers affiliated with São Paulo State University (UNESP) in Guaratinguetá, Brazil. An article on the discovery has been published in Monthly Notices of the Royal Astronomical Society.

The group is led by Italian-born physicist Valerio Carruba, currently a professor in UNESP’s Mathematics Department.

“We identified the new families by means of numerical simulation using the backward integration method (BIM), which is much more precise than other methods for dating asteroid families,” Carruba told Agência FAPESP. “But BIM only works for really young families that are less than 20 million years old. Until recently, only eight families had been studied by this method. We now know 13, almost a third of which were identified by our group.”

The four families in question, all of which are less than 7 million years old, orbit between Mars and Jupiter as part of a grouping known as the Main Asteroid Belt.

The key dating parameters used were the longitudes of the pericenter and ascending node. For a planet, comet or asteroid moving around the Sun in an elliptical orbit, the pericenter is the point at which it comes closest to the Sun. The ascending node is the point at which the orbit crosses from the southern side of a reference plane, typically the ecliptic plane, to the northern side.

“When an asteroid family is formed, all the asteroids’ pericenters and ascending nodes are aligned, but as the family evolves, the alignment is lost owing to gravitational disturbances produced by planets and possibly by some massive asteroids,” Carruba explained. “Based on current data, BIM lets you go back in time using numerical simulation to reconstruct the setting in which the parameters were aligned and thereby date the asteroid family.”

When two asteroids collide, one or both may fragment, giving rise to a family with several objects. Fission, on the other hand, consists of the ejection of matter by a precursor body, either because it acquired very rapid rotation on its own axis and suffered a collision or because it recently expelled a secondary body that broke up.

“One of the four families we identified was undoubtedly formed by a collisional event. Collision is very likely to have been the origin of another. The rest were identified very recently, and we need more studies to formulate a hypothesis regarding their formation,” Carruba said.

The Main Belt is an extraordinary niche of asteroids, with more than 700 known objects. The number is rising steadily thanks to improving methods of detection, and can be estimated at roughly 1 million.

According to Carruba, the asteroids in the Main Belt are far from evenly distributed. Various different regions have formed within the belt owing to the highly complex gravitational interaction among so many bodies and, above all, to Jupiter’s powerful gravitational field.

An important driver of this structure is a phenomenon known as “mean-motion resonance”, which occurs when two bodies orbiting a third have closely matched orbital periods related by a ratio of two small integers.

The resonances create empty spaces in the radial distribution of the asteroids. They are called Kirkwood Gaps, in honor of US astronomer Daniel Kirkwood (1814-95), who identified and explained these asteroid-free zones in the Main Belt.

“Between 33% and 35% of the asteroids in the Main Belt are members of families,” Carruba said. “There are over 120 recognizable families and dozens of less statistically significant groups. Large families comprise hundreds of members, whereas small families may have some ten members.”

Estimates of the age of the asteroid families in the belt range from a few million to hundreds of millions of years. The origin of the oldest family has been dated to 4 billion years ago, so it participated in the first stage of the Solar System’s formation.