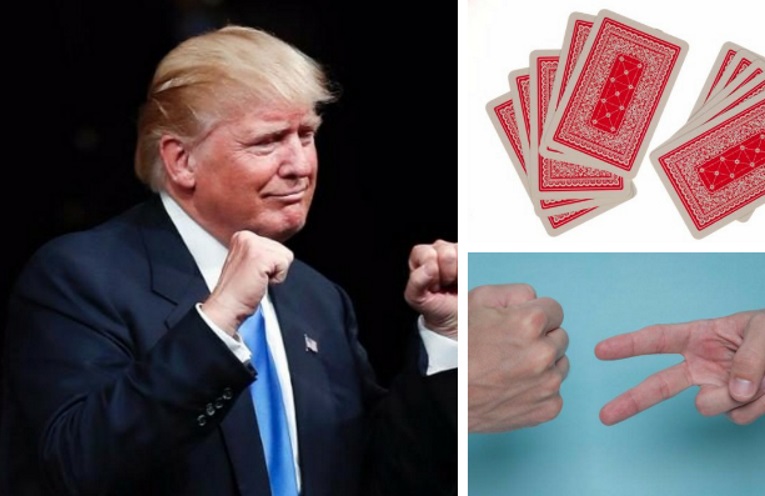 Donald Trump’s chances of winning the US presidential race have been boosted in recent weeks, with some forecasters giving him a one in three chance of victory with a few days to go.

Betfair are currently giving Trump a 30 per cent chance of winning following several pro-Trump bets in excess of £150,000 while FiveThirtyEight – an American data journalism website – puts his chances at 34 per cent.

You can keep up to date with how these numbers change with our poll-tracker up until election day on Tuesday, but in the meantime here are five fairly likely things that are currently less possible than a Trump presidency. 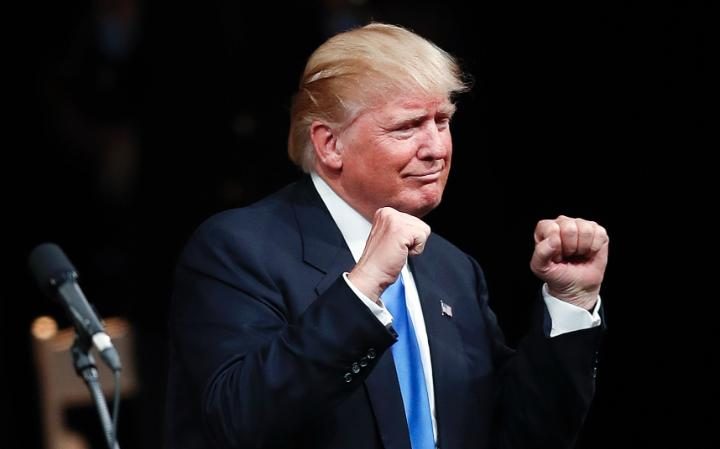 One of the simplest of childhood games, rock, paper, scissors is a contest of pure chance.

Assuming you have no prior inkling as to which way your opponent will go, you have a one in three chance of beating whatever option they choose.

Say they opt for a rock. You could have picked paper for a win, scissors for a loss or rock for a draw, giving you a 33.3 per cent chance of victory.

Of course, there are instances in which your chances of victory may be higher than a third. You may have an advantage over an opponent whom you know well and studies have shown that in tournaments the spread of picked options is not equal.

But if we take FiveThirtyEight’s election forecast (correct as of Friday morning) then Donald Trump’s presidential hopes are more likely to be fulfilled than you winning a game of rock, paper, scissors against a stranger in the street or a computer.

Each suit contains the numbers one to 10 as well as four picture cards: a Jack, a Queen, a King and an Ace. In most card games these are considered to be of greater value than a 10.

This means that within a pack of 52 playing cards there are 16 cards which have a value higher than a 10 giving you a 16/52 chance of picking one out of a well shuffled deck.

The probability of you picking one of these 16 cards at random consequently stands at 30.8 per cent.

In August of 2015 The Pew Research Center carried out a study into the prevalence of social media usage among American adults.

Equivalent figures for the UK are not available but given what we do know it is safe to assume that the prevalence of Twitter her is similar to levels in the US. Back in 2013, Twitter said that there were around 15 million active Twitter users in the UK which is around 23 per cent of the population.

This means that, were you to enter a room of 100 well sampled people, 23 of them would be Twitter users. Your chance of picking one of these people out at random is 23 per cent, far lower than Donald Trump’s chances of becoming commander in chief.

The Premier League season is well under way with bookmakers currently making Manchester City favourites to claim the title in May next year.

Manchester City’s chances of clinching the title are currently hovering around 40-45 per cent according to the latest odds which is more likely that Trump becoming president as it stands.

Liverpool are the second favourites for the title after a strong start to the season under Jurgen Klopp with their probability of winning standing at around 25 per cent.

Arsenal are third favourite for the title with their chances of a title being rated at around 15 per cent given current odds.

The Office for National Statistics now predicts that as many as one in three babies born in 2016 will go on to reach their 100th birthday and claim a congratulatory telegram from the reigning monarch of 2116.

People projected to live to 100 by birth year

Improvements in healthcare and societal changes in what is considered a healthy lifestyle have meant that life expectancy has increased consistently in recent decades.

The ONS forecast that of the 783,000 children currently aged under one year of age, 248,00 will live to become centenarians.

That’s a rate of 31.7 per cent which, although good, is still less likely than Donald Trump in the White House.