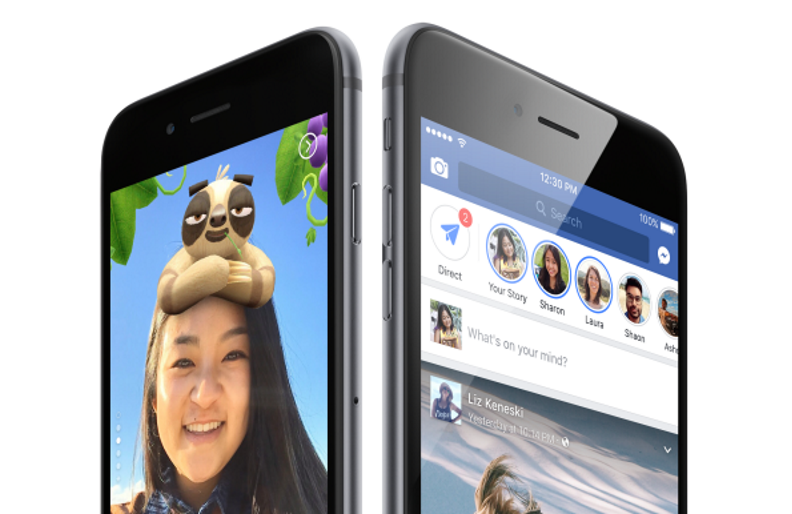 Facebook could jumpstart its Snapchat clone by letting social media stars and public figures post Stories publicly. When Facebook Stories launched globally in March, you could only share to all their friends or a subset of them. Now if you allow public followers, you can post your Story publicly so anyone can watch.

Social media researcher Carlos Gil first pointed out the privacy feature, and now a Facebook spokesperson confirms to TechCrunch that “This is something we rolled out a few weeks ago. The Public setting allows your Followers to see your story, in addition to your Friends.” As for if or when Pages will be able to post Stories, Facebook tells me “For Pages – no specific timing to share there quite yet.” 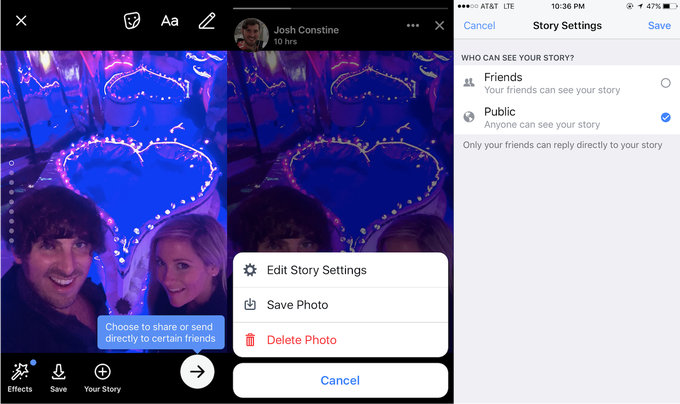 Public sharing gives Facebook Stories the potential to mint or popularize internet celebrities the same way Snapchat and Instagram Stories can. My initial experience with posting publicly saw over 1000 of my 60,000 followers watch my Facebook Story in 12 hours. That’s much more engagement than I get when I publicly share on the News Feed, indicating that Facebook might be prominently showing Stories from public figures in the horizontal scrolling section above the feed, or that most people just don’t have any friends posting Stories so anything that appears there stands out.

To make a Facebook Story public, first tap on the Add To Story button on the home screen, and post a photo or video. Then view your own Story and tap the three dots ‘more’ button in the top right. Open “Edit Story Settings” and change from “Friends” to “Public”. All your existing Facebook Stories from the last 24 hours plus any you share from then on will be publicly visible to anyone. You can tap on the viewer count to see the names of friends who’ve viewed your Story, and a count of all the additional followers who saw it without their names.

Facebook has proudly shared the rapid traction of Instagram Stories, both of which have over 250 million daily users. That makes them bigger than Snapchat, which has 166 million daily users for its whole app and has seen growth slow down since the Facebook-owned competitors launched. But Facebook hasn’t announced anything about Messenger Day or Facebook Stories usage, and many people say that few friends post on either. The fact that it took several weeks for people to spot the public sharing feature is a testament to its slow traction. 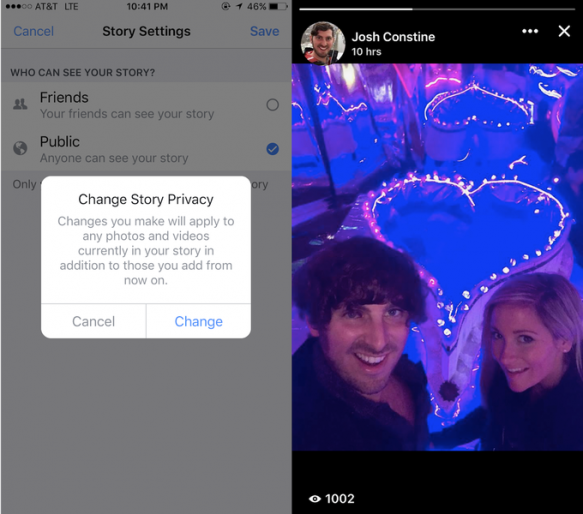 While Instagram was built for visual sharing and WhatsApp Status is popular in developing countries where Snapchat isn’t, Stories feels a bit obtrusive on Messenger and redundant on Facebook. You already have so many other ways to share on Facebook, and if you care about sharing your day-to-day life, you’re probably already on Instagram Stories.

Here’s a quick breakdown of the privacy options available on different Stories products:

The addition of public Stories could open a whole different class of content creators to the photo/video slideshow format. Journalists who have big followings for their articles on Facebook could now use Stories for raw and immersive looks at the news, combining monologues, screenshots, and interviews.

If Facebook isn’t careful about how it ranks Stories from public figures and web celebs, these self-promoters could overrun Stories. But if it fills the often empty space with content, it could teach people to use Stories. That important to Facebook since it sees the feature is the home of its expanding augmented reality strategy.