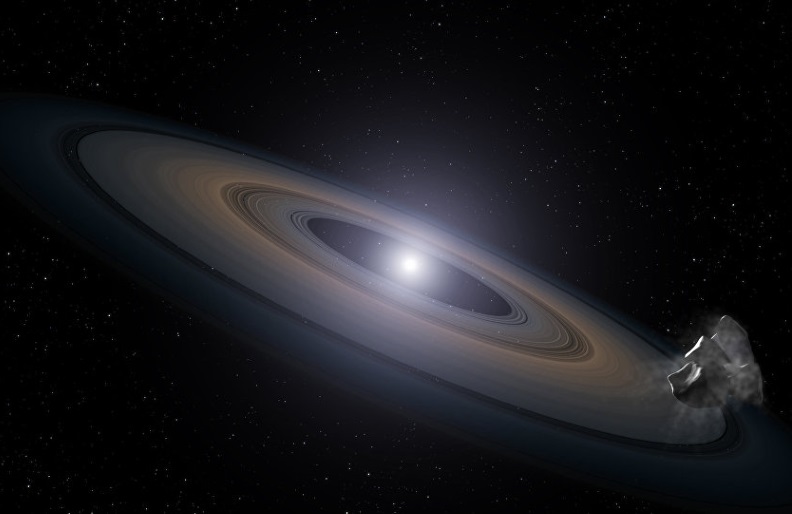 The planet is named EPIC 228813918 b, and it has the second-shortest orbital period of any planet ever discovered.

A new Earth-sized exoplanet has been discovered with a peculiar and ultra-short orbit around its host star, completing a revolution every four hours and 20 minutes. There’s a joke in there somewhere, but we don’t know what it’d be.

The new planet has a radius 0.89 times as large as Earth’s, but it’s much denser than our little blue marble — about 249 times denser, giving it a mass more than twice that of Saturn. Located 310 light years from Earth, EPIC orbits an M-type red dwarf.

EPIC was identified by an international team lead by Alexis Smith of the German Aerospace Center’s (DLR) Institute of Planetary Research in Berlin. A paper proving that EPIC was a planet, not a small star, was published on arXiv.org on July 14.

This will change your perspective on the cosmos

“We use its K2 light curve, radial velocities, archival images, adaptive optics imaging and a catalog of [eclipsing binary stars (EB)] to demonstrate that EPIC 228813918 is a transiting planetary system, and not an EB,” the paper reads.

They also identified the star’s chemical composition: an iron core surrounded by a silicate mantle, just like Earth.

“Discovering and characterizing extreme systems, such as ultra-short-period planets like EPIC 228813918, is important, as they offer constraints for planet formation theories. Furthermore, they allow us to begin to constrain their interior structure and potentially that of longer-period planets too, if they are shown to be a single population of objects,” the team added.

Unfortunately for EPIC, it missed out on the universe record by only four minutes. KOI-1843b also orbits an M-dwarf, but that planet completes an orbit every four hours and 16 minutes. Also like EPIC, KOI is roughly Earth’s size.