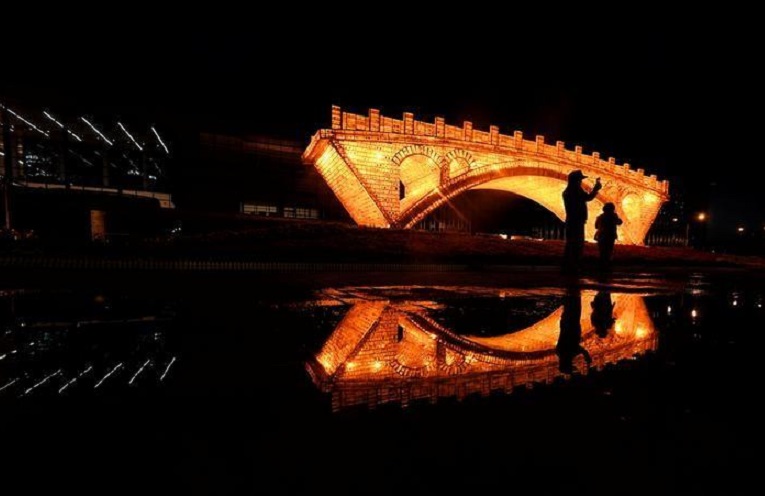 The United States warned China on Friday that North Korea’s attendance at a weekend summit on China’s new Silk Road could affect the participation of other countries, casting a shadow over what is Beijing’s biggest diplomatic event of 2017.

Two sources with knowledge of the situation said the U.S. embassy in Beijing had submitted a diplomatic note to China’s foreign ministry, saying that inviting North Korea sent the wrong message at a time when the world was trying to pressure Pyongyang over its repeated missile and nuclear tests.

China’s Foreign Ministry did not immediately respond to a request for comment outside of working hours in China. The ministry said on Tuesday that North Korea would send a delegation to the summit but gave no other details.

Asked about the invitation to North Korea to attend, Anna Richey-Allen, a spokeswoman for the U.S. State Department’s East Asia Bureau, said the United States expected China to push its neighbor to return to “serious talks” on denuclearization.

“That includes taking steps to make clear to the (North Korean leader) Kim Jong Un regime the political, economic, and diplomatic consequences of its reckless and unlawful actions.”

The United States did not think it would be appropriate for North Korea to play a prominent role at the Belt and Road Forum, according to one of the sources familiar with the U.S. concerns.

A source with knowledge of the note said that some Western countries could walk out of the specific session of the summit the North Koreans were attending if they were given too important a role, but that no decisions had been taken yet.

“This has generated a lot of concern,” the source said.

It was not immediately clear which sessions North Korea would attend. There are several sessions happening on Sunday afternoon, including on trade, finance and people-to-people exchanges. China has given few details about attendees.

North Korea’s chief delegate may also appear on stage in a group photo with other participants, said the same source, who is familiar with the planning for the summit.

China has not announced who that chief delegate will be, but South Korea’s Yonhap news agency said Kim Yong Jae, North Korea’s minister of external economic relations, will lead the delegation.

Leaders from 29 countries will attend the forum in Beijing on May 14-15, an event orchestrated to promote Xi’s vision of expanding links between Asia, Africa and Europe underpinned by billions of dollars in infrastructure investment.

Some Western diplomats have expressed unease about both the summit and the plan as a whole, seeing it as an attempt to push Chinese influence globally.

They are also concerned at the presence of leaders from countries with poor human rights records.

China has rejected criticism of the plan and the summit, saying the scheme is open to all, is a win-win and is only about promoting prosperity.

However, the only leader from a G7 nation to attend will be the Italian prime minister, according to China’s foreign ministry.

Despite Chinese anger at North Korea’s repeated nuclear and missile tests, China remains the isolated state’s most important economic and diplomatic backer, even as Beijing has signed up for tough U.N. sanctions against Pyongyang.

China has over the years tried to coax North Korea into cautious, export-oriented economic reforms, rather than saber rattling and nuclear tests, but to little avail.

(Additional reporting by Michael Martina in BEIJING and David Brunnstrom in WASHINGTON; Editing by Mike Collett-White)