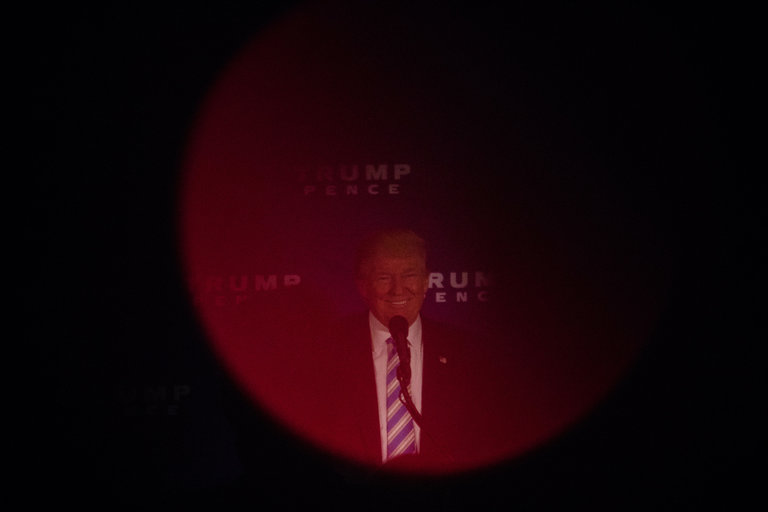 With polls showing him sliding nationally, Donald J. Trump received a bit of welcome news in one battleground state on Sunday as the editorial page of Nevada’s largest newspaper, The Las Vegas Review-Journal, endorsed him for president.

It is the first major newspaper to give Mr. Trump its blessing, though it may come with something of an asterisk: The Review-Journal was bought late last year by the casino magnate and billionaire Sheldon Adelson, a Trump supporter and longtime Republican benefactor.

The editorial described Mr. Trump as flawed but nonetheless preferable to Hillary Clinton.

“Mr. Trump’s impulsiveness and overheated rhetoric alienate many voters,” its endorsement said. “He has trouble dealing with critics and would be wise to discover the power of humility.”

The editorial warned that an administration led by Mrs. Clinton “would indulge the worst instincts of the authoritarian left and continue to swell the bloated regulatory state while running the nation deeper into the red in pursuit of ‘free’ college and health care.”

The endorsement comes at a time when Mr. Trump is in growing need of support: An ABC News tracking poll released on Sunday showed Mrs. Clinton beating him nationally by 12 percentage points.

Until Sunday, the biggest newspapers to endorse Mr. Trump were the Santa Barbara, Calif., News-Press and St. Joseph, Mo., News-Press.

The Review-Journal’s editorial page rejected what it suggested was overwrought fear-mongering about Mr. Trump.

“Mr. Trump represents neither the danger his critics claim nor the magic elixir many of his supporters crave,” the endorsement said. “But he promises to be a source of disruption and discomfort to the privileged, back-scratching political elites for whom the nation’s strength and solvency have become subservient to power’s pursuit and preservation.”