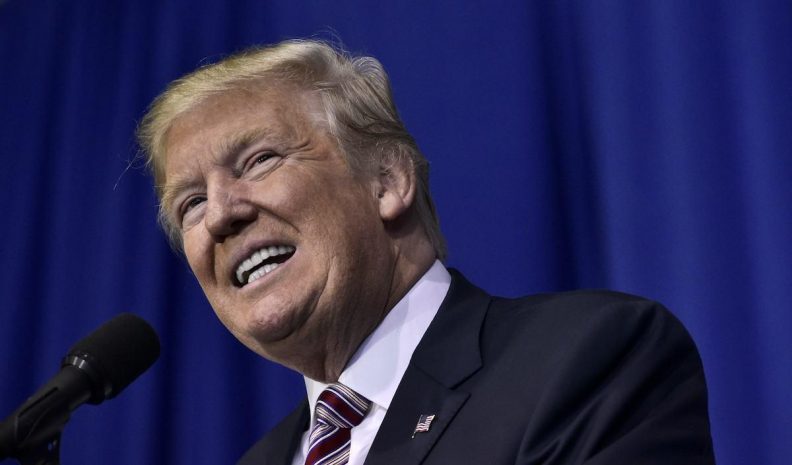 Donald Trump had trouble landing jokes at the annual Alfred E Smith Dinner in New York on Thursday night and was flat out booed when he said that Hillary Clinton hates Catholics.

“Hillary believes it’s vital to deceive the people by having one public policy. And a totally different policy in private. That’s okay,” Mr Trump said, referring to the hacked emails released by WikiLeaks. “I don’t know who they’re angry at, Hillary, you or I? For example, here she is tonight in public, pretending the not to hate Catholics.”

This comment drew the loudest boos of the night.

Mr Trump was able to land one self-deprecating joke that somewhat well-received, bringing up the plagiarism allegations against his wife at the Republican National Convention. “Michelle Obama gives a speech and everyone loves it,” he said, “and then Melania gives exact same speech and people get on her case.”

On the other hand, his rival, Ms Clinton, landed jokes that were certainly welcomed by the audience. “Some look at Statue of Liberty and see a symbol,” she began, “Donald sees a four or maybe a five, if she loses the torch and tablet and changes her hair.”

She also joked about Mr Trump’s attacks against her stamina and fitness to be the next president,  ‘I took a break from my rigorous nap schedule to be here,” she explained, “and it’s a treat for you too, since I charge a lot for speeches like this.”