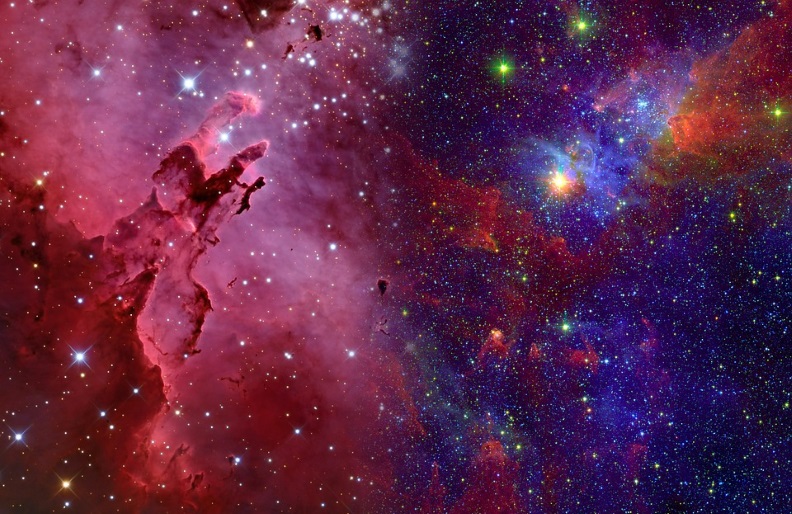 If you look around space, you’ll notice a lot of things — the planets, stars, moons, even the galaxy itself — have one thing in common: they’re spinning. So, is the universe spinning, too?

This mystery is one that cosmologists have been acutely studying, because it’s one that can tell us about the fundamental nature of the universe.

“It’s a very abstract question, as is most of cosmology, but those of us who study cosmology think it’s a way to study fundamental physics,” said Tess Jaffe, an astrophysicist at the University of Maryland and an assistant research scientist at NASA’s Goddard Space Flight Center. “There are certain things we cannot test in a laboratory on Earth, so we use the universe and the geometry of the universe, which could tell us something about fundamental physics.”

Scientists, in thinking about the universe’s fundamental nature, started out by assuming that the universe is not rotating and is isotropic, meaning it looks the same in all directions. This assumption is consistent with Einstein’s equations, but isn’t required by them. From this thinking, scientists built a standard of cosmological model that describes the universe.

“This [assumption] is really encoded in the way we carry out our calculations, the way we analyze our data, in the way we do a lot of things,” Daniela Saadeh, a research fellow in the School of Physics and Astronomy at the University of Nottingham in the United Kingdom, told Live Science. “But you have to test it. You can’t just hope for the best.”

To see if these assumptions about the universe and its fundamental physics were right, scientists gathered observations to test their models. In particular, they used the light from the cosmic microwave background, or CMB for short. This light is the oldest that we can observe — emitted just 380,000 years after the Big Bang — and is a treasure trove of information for cosmologists studying the universe.

The CMB looks nearly identical in every direction, but there are tiny variations in its temperature, just a thousandth of a degree, that have been affected by the history, content and geometry of the universe. By studying these differences, scientists can see whether the universe has been warped in any way, which would suggest rotation or expansion that is increased in one direction more than another. Measurements of the light’s polarization — essentially its orientation — can similarly provide information on the universe’s geometry.

All of these studies suggest that the universe is largely uniform and not spinning. This conclusion is one that’s not likely to change. Future measurements of the polarization of the CMB may improve in the next few decades, but the new data is unlikely to challenge the previous findings.

“We’ve characterized the [temperature] signal that is there, down to basically where it doesn’t have any further information for us,” Jaffe told Live Science. “I don’t think that [new polarization data] would have a big impact on the question of the rotation, precisely because the rotation is the signal we’d expect to see at very large scales and that has been more or less ruled out by the data we already have.”

While the result that the universe is not rotating is certainly a relief for the cosmologists who had based their models on this assumption, it also gives us an interesting perspective on our place in the universe.

“We really started as humans from this idea that we were the center of the universe,” Saadeh said. “I think it’s really fascinating how tiny and insignificant we are.”