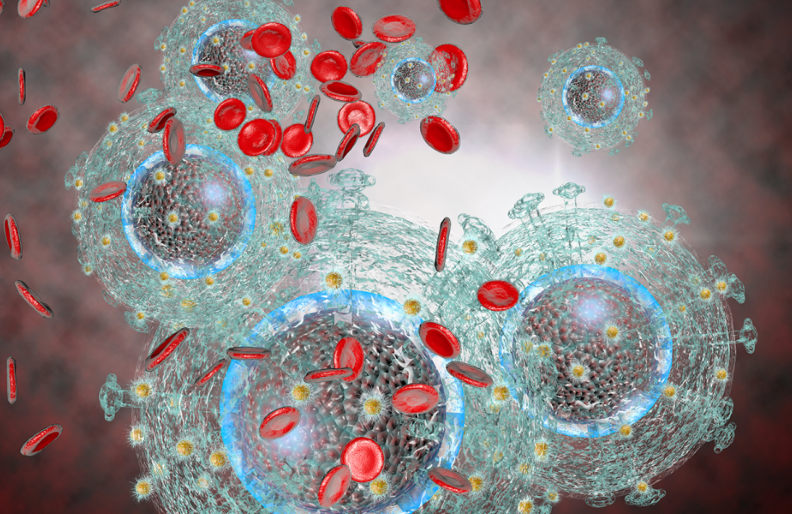 ‘An Alignment of the Stars’

Researchers have long been looking for ways to help HIV-infected individuals produce more broadly neutralizing antibodies (Bnabs) — antibodies which are known to combat multiple forms of virus. Bnabs are an important topic in HIV research, because the virus alters slightly with every cell division — meaning that a single, specific antibody can’t keep up. A new study has found that cows may provide answers for scientists who have been seeking to better understand how Bnabs can be harnessed.

In terms of their makeup, broadly neutralizing antibodies are notable because they’re big and kind of unruly as far as proteins go. Considering these features, scientists realized that Bnabs bore resemblance to a the types of antibodies found in cows. Cows don’t get HIV, but after researchers injected them with a protein that’s very similar to the virus’s envelope, their bodies produced antibodies to block it. The proteins were then extracted, and tested against multiple strains of HIV as it attempted to infect cells in a petri dish.

Devin Sok, director for antibody discovery and development at the International AIDS Vaccine Initiative, told STAT News that the epiphany was like “an alignment of the stars, where we had veterinarians, cow antibody scientists, and HIV scientists all talking and came up with this.”

While the study is the first to reliably encourage the development of Bnabs, it has not elucidated how to prompt the same growth in humans. However, John Mascola, director of vaccine research at National Institute of Allergy and Infectious Diseases (NIAID), optimistically stated to STAT that while “the study . . . doesn’t tell us how to make a vaccine for HIV in people […] it does tell us how the virus evades the human immune response.”

The discovery may also open up the possibility of using cow blood in a clinical capacity in order to provide short term protection against HIV, or help treat those who are already infected. The move may help alleviate the suffering of patients among the estimated 1.1 million people in the U.S. who are currently living with HIV.

The cow antibodies could be useful in treating numerous other disorders as well, as they appear capable of fighting multiple viruses and diseases. Dr. Vaughn Smider is working with pharmaceutical companies to use them to fight autoimmune disorders, certain cancers, and infectious diseases like malaria. More widely, scientists have used cows to find promising avenues for producing cures for tuberculosis and even breeding the animals to develop resistance to climate change.