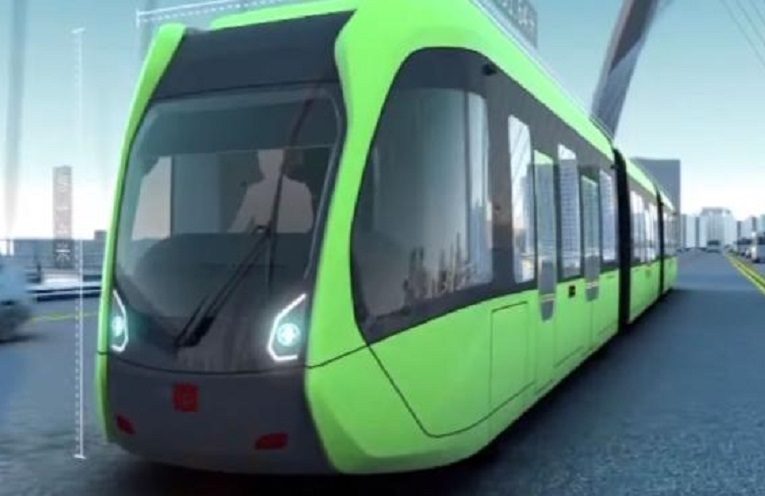 CHINA has added another item to its list of innovative transport solutions by unveiling a train that runs on a virtual track.

CHINA has added another piece of public transport innovation to its growing list of achievements in the area.

It may not look as cool as its crazy car straddling bus, but China has unveiled what is purported to be the world’s first train that operates on a virtual track using sensor technology instead of metal rails.

The new trains are battery powered and are said to be nonpolluting, according to the China’s People’s Daily Online.

The train’s top speed is 70 kilometres per hour, and it can travel 25 kilometres in distance after just 10 minutes of charging, the media outlet reported.

The unique public transport initiative was announced on June 2 in Zhuzhou, in China’s southern Hunan province.

A train that runs on virtual tracks debuts in central China’s Hunan. It’s the 1st of its kind in the world #XinhuaTV pic.twitter.com/sx5DFT76K1

The train can reportedly carry up to 307 passengers despite the fact that it is only about 32 metres long.

The vehicle is fitted with sensors that detect the dimensions of the road allowing it to follow routes without the need for metal rails, according to the project engineers.

A Chinese company has been working on the technology since 2013 and hopes to have the trains on the road by 2018.