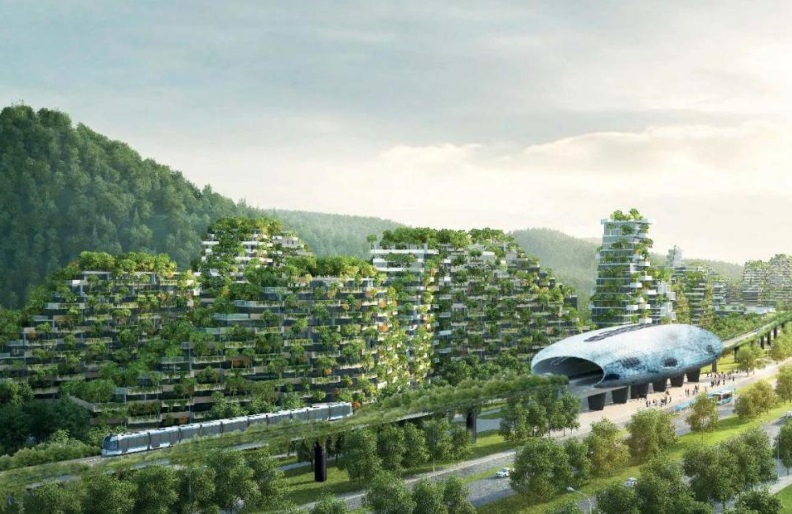 In the wake of President Trump’s decision to remove America from the Paris Climate agreement, you’d be forgiven for feeling a little negative about the future of the planet.

With reports of huge cracks appearing in the Antarctic ice, fears that preventing the two degree heating of the planet might be a pipe dream, and the world’s food supplies at risk – everything looks and sounds grim.

Fortunately though, there are some good news stories on the horizon; with many of them coming from China. The country has been leading the way when it comes to ‘green living’ in recent years, with the government announcing it had completed construction of the world’s largest floating solar farm. Now, in an attempt to curb the production of toxic gasses, the country is continuing to pave the way (so to speak) with the construction of one of the world’s first ‘forest cities’.

Designed by Stefano Boeri, who you might remember also designed two vertical skyscraper ‘forests’, the city is currently under construction in Liuzhou, Guangxi Province. 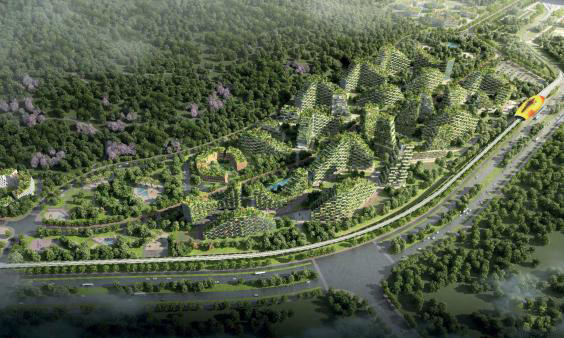 Once completed, the new city will reportedly host 30,000 people and – thanks to the abundance of trees and plants – will absorb almost 10,000 tons of CO2, 57 tons of pollutants per year and produce approximately 900 tons of oxygen annually.

The city will achieve these rather impressive figures thanks to roughly a million plants from over 100 species, as well as 40,000 trees being planted in facades over almost every surface imaginable.

The new Liuzhou Forest City will connect to the existing Liuzhou via a series of fast rail services and electric cars; it will also reportedly house a number of schools and two hospitals. There are also plans to make the city self-sustainable with regards to power, thanks to geothermal and solar energy resources.

The diffusion of plants, not only in the parks and gardens or along the streets, but also over building facades, will allow the energy self-sufficient city to contribute to improve the air quality (absorbing both CO2 and fine dust of 57 tons per year), to decrease the average air temperature, to create noise barriers and to improve the biodiversity of living species, generating the habitat for birds, insects and small animals that inhabit the Liuzhou territory.

It’s hoped that this stunning looking creation will be completed by 2020.