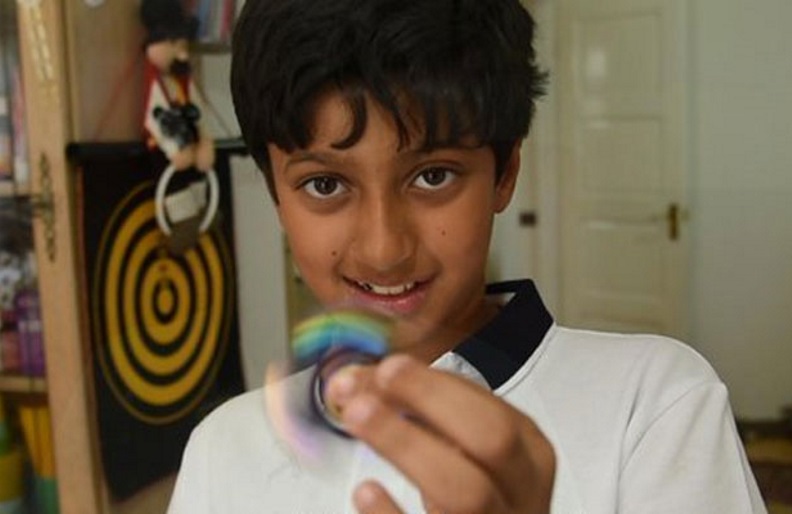 An 11-year-old boy has scored higher in an IQ test than Albert Einstein and Stephen Hawking.

The so-called genius benchmark is set at 140 and Arnav Sharma gained a score of 162 – the maximum possible result you can achieve on the paper.

It is a whole two points higher than German-born theoretical physicist Einstein and celebrated cosmologist Hawking.

Arnav, from Reading, passed the infamously difficult test a few weeks back with zero preparation and had never seen what a typical paper looked like before taking it.

His mark in the exam, which primarily measures verbal reasoning ability, puts him in the top one per cent of the nation in terms of IQ level.

“The Mensa test is quite hard and not many people pass it so do not expect to pass,” Arnav confidently told The Independent from his home in Reading.

“I took the exam at the Salvation centre and it took about two and a half hours,” he recalled. “There were about seven or eight people there. A couple were children but the rest were adults. It was what I thought it would be.”

Arnav, who is of Indian origin, insisted he was not anxious before the sitting the test, saying: “I had no preparation at all for the exam but I was not nervous. My family were surprised but they were also very happy when I told them about the result.”

Meesha Dhamija Sharma, his mother, said she kept her “fingers crossed” for the whole exam.

“I was thinking what is going to happen because you never know and he had never seen what a paper looks like,” she explained.

When pressed about the point she became aware of his abilities, Ms Sharma cast her mind back to Arnav being in India as a toddler. Despite being told he was exceptional, she refused to believe it at the time.

“At one-and-a-half years old I took him to India for a holiday to see his grandparents, his grandmother told me about him and said Arnav is going to do very well with his studies,” she said. “I did not trust her, I just thought she was saying it to make me happy, but she was right.”

It was not until he was two-and-a-half years old that she became aware of his mathematical prowess.

“He was counting up to more than 100. That was when I stopped teaching him because I came to know that there is no end to his numbers.”

When asked about whether there was anyone else in the family with an unusually high IQ, she could not recall anyone, adding: “His dad is quite clever as well but not as clever.”

Arnav, who attends Crossfields School on the outskirts of Reading, has been selected for Eton College and Westminster, both highly competitive and sought-after schools, with no preparation.

But it’s worth noting his talents are not restricted to numbers. Arnav used to have a passion for singing and dancing and reached the semi-finals for Reading’s Got Talent for Dancing with a Bollywood act when he was eight.

Arnav, who also cites his hobbies as coding, badminton, piano, swimming and Reading, also has an unusually good geographical knowledge, and can name all the capitals of the world.

A spokesperson for Mensa heaped praised on Arnav for the achievement, saying: “It is a high mark which only a small percentage of people in the country will achieve”.

Mensa is one of the most exclusive clubs in the world, as the only way to join is to prove your IQ is in the top two per cent of the nation.

It was founded in 1946 in Oxford by Lancelot Lionel Ware, a scientist and lawyer, and Roland Berrill, an Australian barrister, but the organisation later spread around the world.

Its mission is to “identify and foster human intelligence for the benefit of humanity”.