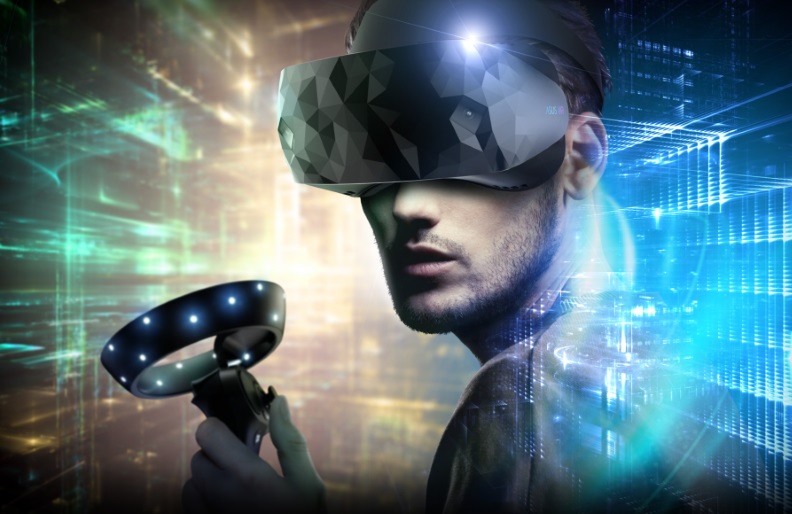 Windows Mixed Reality, Microsoft’s own take on consumer-oriented and relatively low-cost virtual reality, was introduced in 2017 with a host of Microsoft’s original equipment manufacturers making very similar headsets. Software support officially arrived in the Windows 10 Fall Creators Update, and hardware also went on sale on October 17. One manufacturer that was slightly behind the curve was Asus, which has now announced the availability of its own Mixed Reality Headset.

All of the headsets enjoy very similar specifications, and they all retail for around $450. That is the price point of Asus’s offering as well and its specifications are as follows:

What all of this means is that the Asus Mixed Reality Headset doesn’t require external sensors to provide a full six-degrees-of-freedom (6DoF) position tracking, thanks to its dual front-facing cameras. As with all Windows Mixed Reality headsets, all of the software needed to run the system is baked right into Windows 10, making installing, configuring, and running a VR setup as easy as plugging in and firing up a compatible application.

As we indicated in our Windows Mixed Reality review, the platform is very much a VR solution today when it comes to the current crop of headsets. That means VR gaming as well as over 20,000 Windows 10 apps that provide a variety of VR functionality. The platform can also support augmented reality like that provided by Microsoft’s HoloLens, but for now, the headsets are focused on purely digital representations of the world and not mixing in external data.

If you’re in the market for a Windows Mixed Reality headset, then you will find the Asus model to offer a unique look with its 3D polygons adorning the front. The company also built in cool-touch and quick-drying fabrics to keep everything comfortable, and an antibacterial coating on various surfaces should also keep things clean. The headset weighs less than a pound, to make it comfortable to wear for longer sessions.

What you won’t get from Asus at the moment is a low price. Its Mixed Reality Headset is coming in at $429, whereas many vendors are currently pricing their headsets at under $300. Asus does include two motion controllers in their price, which helps. You will be able to order the Asus Mixed Reality Headset at the Asus Store, while some online retailers, such as B&H Photo, are currently running pre-orders.