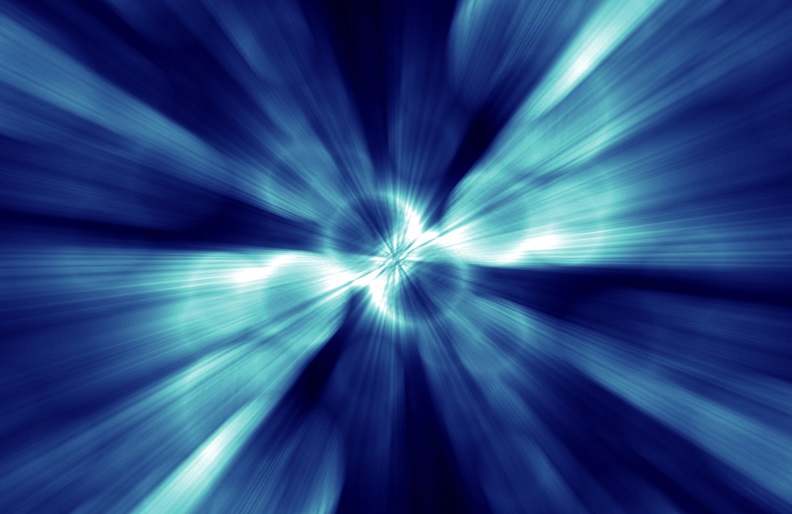 Physicists have revealed that just seven quantum particles can behave as if they were in a crowd of billions.

At larger scales, matter goes through changes, called phase transitions, in which (for example) water turns into a solid (ice) or a vapor (steam). Scientists were used to seeing this behavior in large masses of molecules, but never in such a tiny cluster.

In a new study, detailed today (Sept. 10) in the journal Nature Physics, researchers witnessed these phase transitions in systems made up of just seven light particles, or photons, which took on an exotic physical state known as a Bose-Einstein condensate (BEC). That’s the physical state that matter can reach at ultracold temperatures, in which particles begin to blend together and act in unison.

Because photons are packets of light, they’re made of energy, not matter, which makes the idea of them going through a phase transition strange. But back in 2010, a team of German researchers showed that light particles could be induced to behave as a BEC would, just like their matter-particle cousins.

To trap the photons, those researchers built a small mirrored chamber and filled it with a colored dye. When the light particles banged into the dye particles, the dye particles would absorb them and re-emit them, so the photons took longer to move through the chamber — effectively slowing them down. When the photons struck the chamber’s mirrored walls, the photons would bounce off without being absorbed or escaping. So the chamber was effectively a space where researchers could make photons sluggish and put them in close quarters. And in that situation, the physicists found, the photons would interact with one another like matter, and exhibit behaviors recognizable as those of a BEC.

In the more recent experiment, the researchers wanted to figure out the minimum number of photons necessary for that to happen. Using a fine-tuned laser, they pumped photons into a similar dye-filled mirror trap one at a time and observed the concoction to figure out when a BEC would emerge. They found that after an average of just seven photons, the photons formed a BEC — they began acting like one particle. That’s a new low bar for particle counts necessary for a phase transition.

“Now that it’s confirmed that ‘phase transition’ is still a useful concept in such small systems, we can explore properties in ways that would not be possible in larger systems,” lead author Robert Nyman, a physicist at Imperial College London, said in a statement.

There were some differences between the micro-BEC and phase transitions involving larger groups of particles, the researchers noted. When ice heats up past its melting point, it seems to go from solid to liquid form instantly, without any in-between stage. The same is true for most phase transitions of most chemicals. But the seven-photon BEC seemed to form a bit more gradually, the researchers said in the statement, rather than all at once.

Still, they wrote in the paper, the photon phase transition showed that even at very small scales, phase transitions are remarkably like what’s common at larger scales. Physics is physics, all the way down.