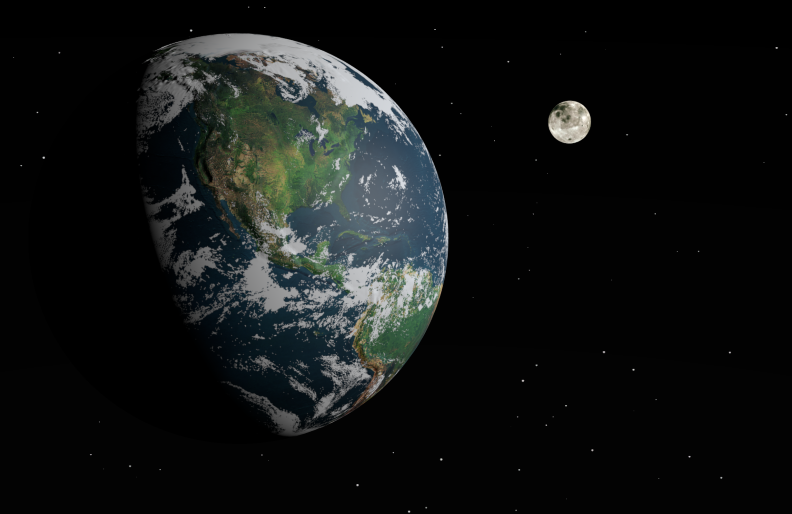 In what would be a pretty major discovery, astronomers say they may have found the first moon beyond the Solar System – known as an exomoon.

The potential discovery is 4,000 light-years away around a star called Kepler-1625. It was made using NASA’s Kepler Space Telescope by three astronomers, Alex Teachey and David Kipping from Columbia University, and a citizen scientist called Allan Schmitt.

They published their results in a paper available on arXiv, and submitted to journals for review.

If it turns out to be real, the exomoon is thought to be about the mass of Neptune and orbits a planet that’s about 10 times the mass of Jupiter but the same size.

The signal observed by the astronomers was a double dip in the star’s light as the planet, and then the moon, passed in front relative to us – known as the transit method.

The astronomers have said they’re confident it’s a moon to a level of about 4.1 sigma. This means if the moon is not real, there’s about a one in 16,000 chance of seeing such a signal again, as New Scientist points out.

While it looks pretty good at the moment, we can’t say for certain. Currently, the signal is merely consistent with what we’d expect to see from a moon, but it could be something else. Now, they’ll use the Hubble Space Telescope in October to try and confirm the finding.

“Until we get the measurements from Hubble, it may as well be 50-50 in my mind,” Kipping told BBC News.

The discovery would be similar to the first planet found outside the Solar System in 1992. Although we were pretty certain such exoplanets existed, finding one proved difficult.

And that’s even more true for moons, which tend to be smaller than regular planets. This particular system seems almost like a binary planet system, and it would certainly be unlike anything we’ve seen before.

We’ve had quite a few false alarms about exomoons before. There was one back in 2014, for example, that looked promising at first, but was soon ruled out. Whether this latest discovery will stand up to scrutiny remains to be seen, but it would be pretty exciting if so.

A lot of the 3,000 or so exoplanets we’ve found so far have been nothing like any worlds in our Solar System. Some are Jupiter-like in mass but orbit incredibly closely, while others are rocky worlds in uninhabitable orbits. Whether exomoons will force a similar rethink, well, we’ll have to wait to find out.

This article was originally published by iflscience. Read the original article.