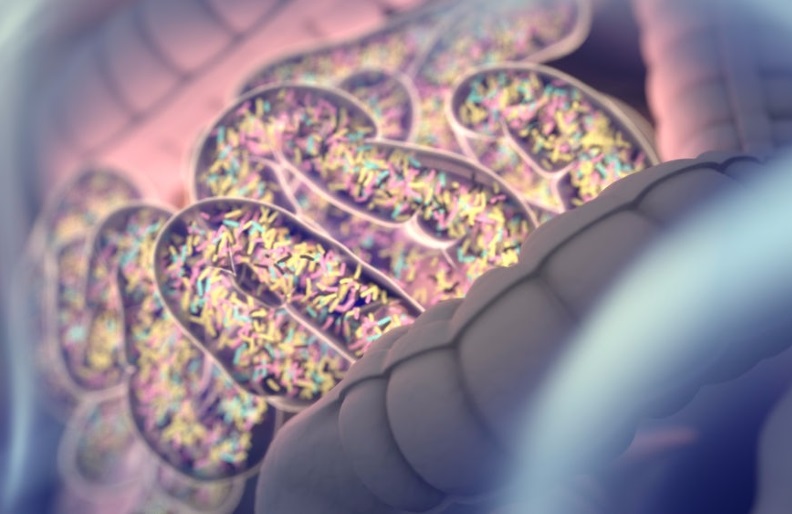 Revolutions is our new series that brings together a hand-picked selection of recent articles canvassing cutting-edge insights into major scientific advances. This first rundown brings you up to date with the ground-breaking science surrounding our gut microbiome.

It’s striking to realize, but living inside all of us are trillions of micro-organisms. The vast majority of these tiny hitchhikers inhabit our intestines, and the mix of these bacteria, archaea, fungi and viruses can vary from person to person.

We have known for some time that our bodies play host to these massive microbial communities, but it has only been in the last couple of decades that science has truly come to understand how much of a role these organisms play in keeping our bodies running. Advances in DNA sequencing have allowed researchers to better study the variety of species living inside of us with an unprecedented level of detail.

It is still early days in the world of gut microbiome research, and we have a long way to go before we can effectively, safely and efficiently manipulate the bacteria inside us. However, the broad reach of gut bacteria over our entire body and mind is turning out to be one of the most remarkable medical discoveries of the century.

Here’s a crash course in some of the remarkable roles that gut bacteria has been found to play in keeping us healthy, and the pathways microbiome research opens up to improving medical treatments across a broad spectrum.

How are our diet, gut bacteria and mood connected? A compelling recent study from researchers at Joslin Diabetes Center has shed light on this mystery, finding that mice given a high-fat diet displayed greater depressive behaviours until microbiome-altering antibiotics returned them back to normal.

Late last year, two studies found connections between the gut microbiome and post-traumatic stress disorder (PTSD), and Alzheimer’s disease. As in much of this research, the fundamental challenge is trying to evaluate whether these microbiome differences actually contribute to the disease or are simply a consequence. It’s a classic “what came first – the chicken or the egg?” conundrum.

At Yale University, researchers discovered that a certain type of bacteria can migrate from the gut to other parts of the body, triggering autoimmune diseases. The research revealed that some autoimmune conditions, such as autoimmune liver disease and systemic lupus, could potentially be treated with an antibiotic or vaccine to attack the specific bacteria.

In another autoimmune twist, researchers at Harvard Medical School have discovered that a powerful guardian gene known to protect against a variety of autoimmune diseases, including type 1 diabetes, is triggered by the bacteria in our gut.

A study out of the Babraham Institute earlier this year revealed one potential way the good bacteria in our gut can control our gene activity and potentially help prevent colorectal cancer. As well as offering new targets for future cancer drug development, this work provides greater insight into the ways bacteria in the gut can directly alter the activity of our genes.

Gut bacteria might also play an indirect role in treatments for cancer. A vastly complex array of factors determine whether a drug works for an individual, and evidence as to the importance of gut bacteria in this equation is mounting. A couple of studies from 2017 offer the best evidence to date of this process, showing how the gut microbiome of different patients can predict the success of cancer treatments.

Scientists at the University of Arizona conducted a study in which a group of 18 autistic children received fecal transplants from donors with healthy gastrointestinal systems. Not only did the procedure help to “rebalance” their gut flora, but it also improved their behavior, suggesting a mysterious association between gut bacteria and autism.

Perhaps not surprisingly, the microbiome also appears to have an impact on everyone’s favorite bacteria. Research by a team at Stanford University has revealed that a molecule produced by a certain type of gut bacteria can offer natural protection from Salmonella infections. As well as pointing toward potential new treatment strategies, the discovery could explain why some people get sicker from the pathogen than others.

For several years now, researchers have been building on a series of studies that have displayed links between non-invasive, deep Transcranial Magnetic Stimulation (dTMS) and reduced food cravings. Last year researchers showed that dTMS can fundamentally alter the composition of gut microbiota, resulting in both weight loss and general improvements in other metabolic and hormonal factors,

Also on the topic of weight loss, a recent study from researchers at the Mayo Clinic may shed some light on why certain people can lose more weight than others despite adhering to the same regime of exercise and caloric restriction. The research investigates how gut bacteria can modulate how effectively our bodies metabolize carbohydrates.

Reducing the risk of seizures

The ketogenic diet was originally developed a century ago to treat children with severe epilepsy, but how it actually worked was always unclear. An exciting study from researchers at UCLA published earlier this year suggests the diet can elevate levels of specific gut bacteria that subsequently affect certain neurotransmitters to reduce the risk of seizures.

How exercise benefits your gut microbiome

Probiotics are not the only way you can alter your microbiome for the better. Last year, researchers at the University of Illinois delivered the first clear evidence that the composition of gut bacteria can be changed by exercise alone. Designed to isolate the effects of exercise from other factors that could influence gut bacteria, these studies build on an increasing body of evidence affirming the role of exercise in determining the makeup of a person’s gut microbiome.

Is the future of gut bacteria treatment in the toilet?

To end on a high note (we are talking about our intestines here), one hypothetical future scenario posited by researchers King’s College London is that we could have smart toilets, or smart toilet paper, that can offer a snapshot of the postbiotic profile of our stool and give insights into what chemical metabolites are being effectively produced by our gut microbiome.