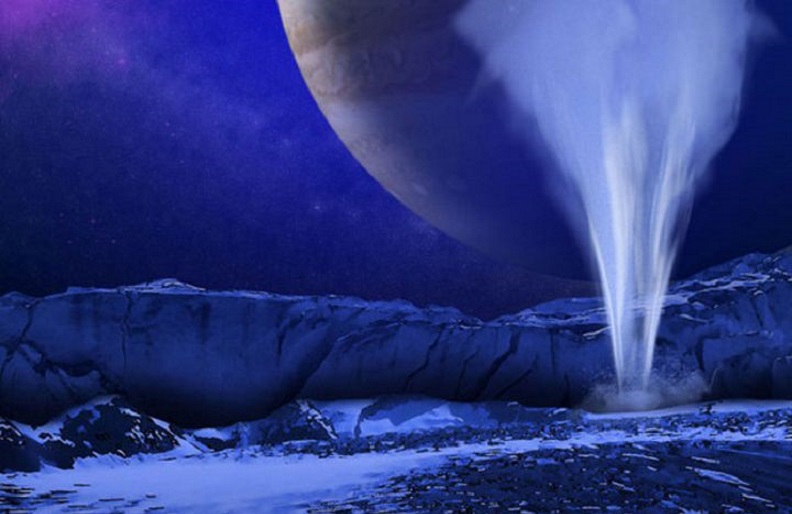 Since the 1970s, when the Voyager probes captured images of Europa’s icy surface, scientists have suspected that life could exist in interior oceans of moons in the outer Solar System. Since then, other evidence has emerged that has bolstered this theory, ranging from icy plumes on Europa and Enceladus, interior models of hydrothermal activity, and even the groundbreaking discovery of complex organic molecules in Enceladus’ plumes.

However, in some locations in the outer Solar System, conditions are very cold and water is only able to exist in liquid form because of the presence of toxic antifreeze chemicals. However, according to a new study by an international team of researchers, it is possible that bacteria could survive in these briny environments. This is good news for those hoping to find evidence of life in extreme environments of the Solar System.

Read more: Eight Other Worlds In Our Solar System Might Have Life Beyond Earth

The study which details their findings, titled “Enhanced Microbial Survivability in Subzero Brines“, recently appeared in the scientific journal Astrobiology. The study was conducted by Jacob Heinz from the Center of Astronomy and Astrophysics at the Technical University of Berlin (TUB), and included members from Tufts University, Imperial College London, and Washington State University.

Basically, on bodies like Ceres, Callisto, Triton, and Pluto – which are either far from the Sun or do not have interior heating mechanisms – interior oceans are believed to exist because of the presence of certain chemicals and salts (such as ammonia). These “antifreeze” compounds ensure that their oceans have lower freezing points, but create an environment that would be too cold and toxic to life as we know it.

For the sake of their study, the team sought to determine if microbes could indeed survive in these environments by conducting tests with Planococcus halocryophilus, a bacteria found in the Arctic permafrost. They then subjected this bacteria to solutions of sodium, magnesium and calcium chloride as well as perchlorate, a chemical compound that was found by the Phoenix lander on Mars.

For instance, the team found that bacteria in a sodium chloride (NaCl) solution died within two weeks at room temperature. But when temperatures were lowered to 4 °C (39 °F), survivability began to increase and almost all the bacteria survived by the time temperatures reached -15 °C (5 °F). Meanwhile, bacteria in the magnesium and calcium-chloride solutions had high survival rates at –30 °C (-22 °F).

The results also varied for the three saline solvents depending on the temperature. Bacteria in calcium chloride (CaCl2) had significantly lower survival rates than those in sodium chloride (NaCl) and magnesium chloride (MgCl2)between 4 and 25 °C (39 and 77 °F), but lower temperatures boosted survival in all three. The survival rates in perchlorate solution were far lower than in other solutions.

However, this was generally in solutions where perchlorate constituted 50% of the mass of the total solution (which was necessary for the water to remain liquid at lower temperatures), which would be significantly toxic. At concentrations of 10%, bacteria was still able to grow. This is semi-good news for Mars, where the soil contains less than one weight percent of perchlorate.

However, Heinz also pointed out that salt concentrations in soil are different than those in a solution. Still, this could be still be good news where Mars is concerned, since temperatures and precipitation levels there are very similar to parts of Earth – the Atacama Desert and parts of Antarctica. The fact that bacteria have can survive such environments on Earth indicates they could survive on Mars too.

In general, the research indicated that colder temperatures boost microbial survivability, but this depends on the type of microbe and the composition of the chemical solution. As Heinz told Astrobiology Magazine:

The team also found that bacteria did better in saltier solutions when it came to freezing and thawing cycles. In the end, the results indicate that survivability all comes down to a careful balance. Whereas lower concentrations of chemical salts meant that bacteria could survive and even grow, the temperatures at which water would remain in a liquid state would be reduced. It also indicated that salty solutions improve bacteria survival rates when it comes to freezing and thawing cycles.

Of course, the team emphasized that just because bacteria can subsist in certain conditions doesn’t mean they will thrive there. As Theresa Fisher, a PhD student at Arizona State University’s School of Earth and Space Exploration and a co-author on the study, explained:

“Survival versus growth is a really important distinction, but life still manages to surprise us. Some bacteria can not only survive in low temperatures, but require them to metabolize and thrive. We should try to be unbiased in assuming what’s necessary for an organism to thrive, not just survive.”

As such, Heinz and his colleagues are currently working on another study to determine how different concentrations of salts across different temperatures affect bacterial propagation. In the meantime, this study and other like it are able to provide some unique insight into the possibilities for extraterrestrial life by placing constraints on the kinds of conditions that they can survive and grow in.

These studies also allow help when it comes to the search for extraterrestrial life, since knowing where life can exist allows us to focus our search efforts. In the coming years, missions to Europa, Enceladus, Titan and other locations in the Solar System will be looking for biosignatures that indicate the presence of life on or within these bodies. Knowing that life can survive in cold, briny environments opens up additional possibilities.