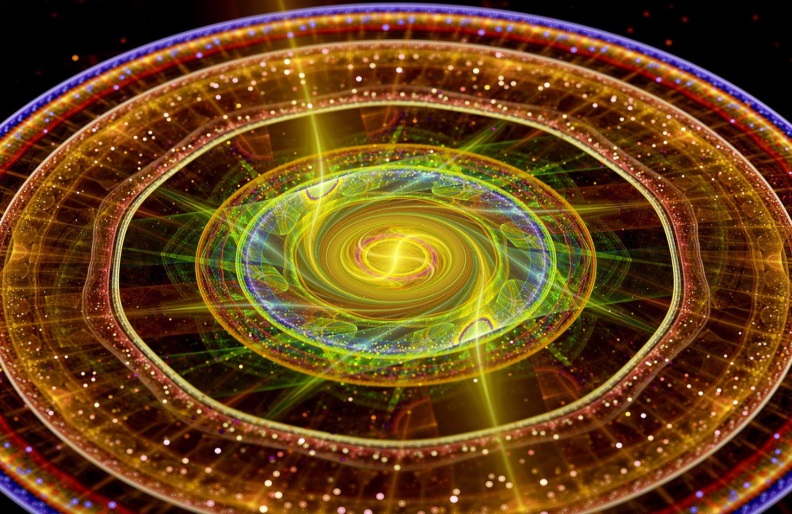 Chinese scientists have just shattered a record in teleportation. No, they haven’t beamed anyone up to a spaceship. Rather, they sent a packet of information from Tibet to a satellite in orbit, up to 870 miles (1,400 kilometers) above the Earth’s surface.

More specifically, the scientists beamed the quantum state of a photon (information about how it is polarized) into orbit.

Not only did the team set a record for quantum teleportation distance, they also showed that one can build a practical system for long-distance quantum communications. Such a communication system would be impossible to eavesdrop on without alerting the users, which would make online communications much more secure.

Experiments like this have been done before, but Howard Wiseman, director of the Center for Quantum Dynamics at Griffith University in Brisbane, Australia, told Live Science in an email that this one expands the possibilities for the technology.

“This is much more difficult, because it is to a rapidly moving target, and you have your quantum detectors way out in space where they have to work without anyone fiddling with them,” he said. “It is a big step towards global-scale quantum communication.”

The experiment takes advantage of one of several phenomena that describes quantum mechanics: entanglement, or “spooky action at a distance,” as Albert Einstein called it. When two particles are entangled, they remain connected so that an action performed on one affects the other as well, no matter how far apart the two are. In the same vein, when one measures the state of one particle in the entangled duo, you’d automatically know the state of the second. Physicists call the states “correlated,” because if one particle — a photon, for example — is in an “up” state, its entangled partner will be in a “down” state — a kind of mirror image. (Strictly speaking, there are four possible combinations for the two particles to be in).

The weird part is that once the state of the first particle is measured, the second one somehow “knows” what state it should be in. The information seems to travel instantaneously, without a speed-of-light limit.

In June, the same researchers reported another feat in quantum teleportation: They sent entangled photons from the Micius satellite to two ground stations over distances between 994 miles and 1,490 miles (1,600 and 2,400 km), depending on the location of the satellite in its orbit. While this experiment showed that entanglement can happen over long distances, the new experiment uses that entanglement to transmit a photon’s quantum state to a distant location.

In their latest experiment, the Chinese team, led by Ji-Gang Ren at the University of Science and Technology in Shanghai, fired a laser from a ground station in Tibet to a satellite in orbit. That laser beam carried a photon entangled with another photon on the ground. They then entangled the photon on the ground with a third photon, and measured their quantum states. But the scientists didn’t actually reveal the states themselves. They just asked whether their states (in this case, their vertical or horizontal polarizations) were the same or different. There are four possible combinations: vertical-vertical, vertical-horizontal, horizontal-vertical and horizontal-horizontal. Since the states of the particles on the ground were correlated with the one on the satellite, an observer looking at the satellite’s photon, meanwhile, would know that that photon has to be in one of four possible states that correlate with the two photons on the ground.

While it sounds like information is traveling faster than light, there’s no way to use this property as an instantaneous messaging system. That’s because even though the states of entangled particles are correlated, you can’t know what they are before you measure them, nor can you control the state.

But what entangled particles can do is act as perfect authenticators for messages. The reason is that the act of observing a particle changes its behavior. If an eavesdropper were trying to intercept the transmission between the satellite and the ground in this recent experiment, the quantum states of the photons (as measured by the scientists) would not be correctly correlated.

The Chinese team managed to make entanglement work over distances of 310 miles (500 km) to 870 miles (1,400 km), the maximum distance to the satellite. This is farther than anyone has ever managed to send entangled states. Entangled photons can’t interact with anything else on the way to their destination, because once they do, their states have been “observed” – revealed by the interaction. Hence, the teleportation doesn’t work if the photons are observed before they get to their destination. When scientists conduct experiments like this one, they don’t just send single photons, one at a time; to get the measurements they want, they need to send lots of them. Even in the vacuum of space, out of millions of photons sent, the satellite was only able to reliably receive 911 of them, according to the study.

If these same photons were sent over fiber-optic cables, rather than through space, the connection between the photons would be destroyed by interference from factors such as heat and vibration, or even random interactions with the cable. As such, it could take 380 billion years to get a measurement from an entangled photon. A satellite, on the other hand, is outside of the atmosphere, and there’s much less chance of the entangled photon getting spoiled.

“With fiber you lose many of the photons,” said Bill Munro, a senior research scientist at NTT’s basic research laboratory, in an interview with Live Science. Beaming photons to orbit means that you could build an actual communications system. “You could beam from China to Washington or New York.” The problem of reducing the interference with the signals and getting more photons through, Munro said, is a technical and engineering problem that can be solved.

Both Munro and Wiseman noted that often people think of teleportation as moving an actual object (or a photon) form one place to another. “People have this ‘Star Trek’ approach,” Munro said. “They think of atoms being teleported. What we’re moving is information from one [quantum] bit to another [quantum] bit. There’s no matter — only information. That’s hard to get your head around.”