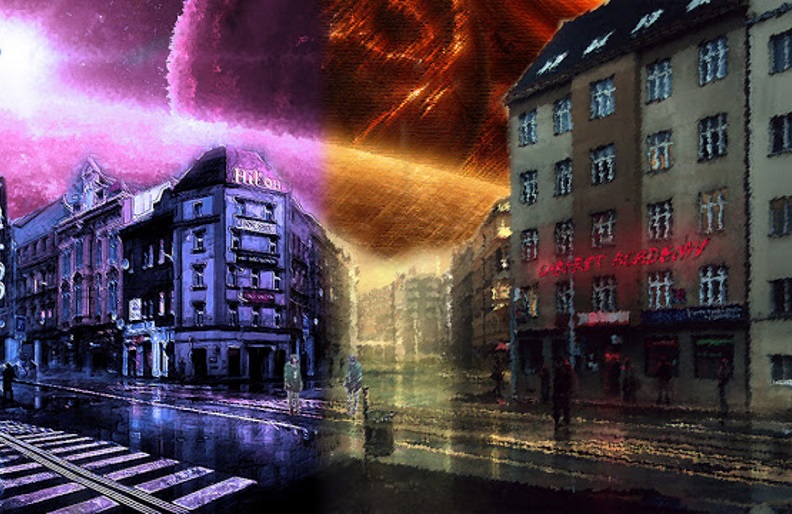 Quantum mechanics, though firmly tested, is so weird and anti-intuitive that famed physicist Richard Feynman once remarked, “I think I can safely say that nobody understands quantum mechanics.” Attempts to explain some of the bizarre consequences of quantum theory have led to some mind-bending ideas, such as the Copenhagen interpretation and the many-worlds interpretation.

Now there’s a new theory on the block, called the “many interacting worlds” hypothesis (MIW), and the idea is just as profound as it sounds. The theory suggests not only that parallel worlds exist, but that they interact with our world on the quantum level and are thus detectable. Though still speculative, the theory may help to finally explain some of the bizarre consequences inherent in quantum mechanics, reports RT.com.

The theory is a spin-off of the many-worlds interpretation in quantum mechanics — an idea that posits that all possible alternative histories and futures are real, each representing an actual, though parallel, world. One problem with the many-worlds interpretation, however, has been that it is fundamentally untestable, since observations can only be made in our world. Happenings in these proposed “parallel” worlds can thus only be imagined.

MIW, however, says otherwise. It suggests that parallel worlds can interact on the quantum level, and in fact that they do.

“The idea of parallel universes in quantum mechanics has been around since 1957,” explained Howard Wiseman, a physicist at Griffith University in Brisbane, Australia, and one of the physicists to come up with MIW. “In the well-known ‘Many-Worlds Interpretation’, each universe branches into a bunch of new universes every time a quantum measurement is made. All possibilities are therefore realised – in some universes the dinosaur-killing asteroid missed Earth. In others, Australia was colonised by the Portuguese.”

“But critics question the reality of these other universes, since they do not influence our universe at all,” he added. “On this score, our “Many Interacting Worlds” approach is completely different, as its name implies.”

Wiseman and colleagues have proposed that there exists “a universal force of repulsion between ‘nearby’ (i.e. similar) worlds, which tends to make them more dissimilar.” Quantum effects can be explained by factoring in this force, they propose.

Whether or not the math holds true will be the ultimate test for this theory. Does it or does it not properly predict quantum effects mathematically? But the theory is certain to provide plenty of fodder for the imagination.

For instance, when asked about whether their theory might entail the possibility that humans could someday interact with other worlds, Wiseman said:

“It’s not part of our theory. But the idea of [human] interactions with other universes is no longer pure fantasy.”

What might your life look like if you made different choices? Maybe one day you’ll be able to look into one of these alternative worlds and find out.