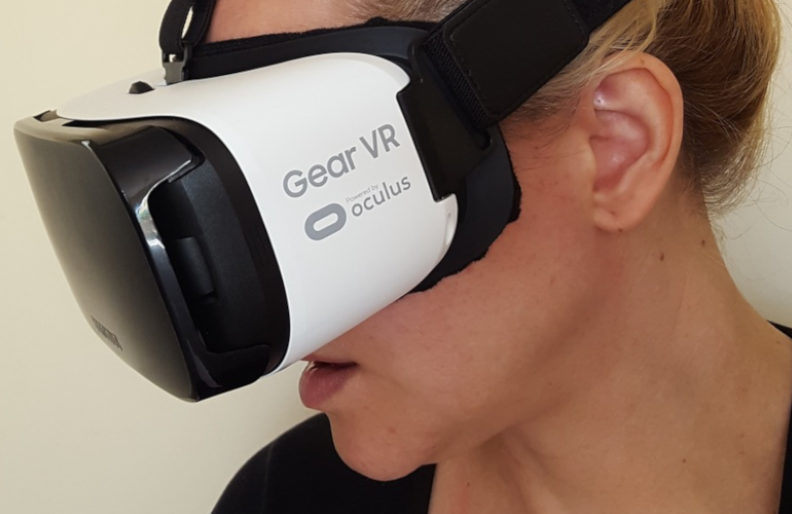 Virtual reality headsets have steadily improved since their inception, with many headsets now offering a refined experience akin to what many of us expected to see when the headsets first debuted. Oculus has been a main player in the VR space throughout this time, and nowadays, the company has one of the most extensive lineups of any VR manufacturer in the business.

Sometimes, however, too much choice can be a bad thing, especially when most of the products essentially do the same thing. For this reason, we have put together this comparison guide for Oculus’ VR headsets in order to showcase the best qualities of each product.

To provide an immersive experience, a VR headset needs to include a high-quality display. For this reason, one of the first things you are going to want to consider is the type of display that is being used.

The most common displays used on VR headsets are OLED panels and LCD panels. OLED panels are generally preferred from a visual perspective as they provide greater contrast, resulting in deeper colors. LCD panels, however, generally produce brighter results thanks to the high peak intensity they generate with their backlight.

As a VR headset doesn’t require high levels of brightness, the best performers in this category are those that use OLED panels, such as the Rift and the Quest.

Screen resolution is another very important aspect when it comes to a VR headsets display, as the closer you are to a screen, the more visible the pixels become. This is magnified even further with virtual reality headsets, as they use special lenses designed to help our eyes focus on close up objects.

The best performers in this category are the Rift S, the Quest, and somewhat surprisingly, the Go. The Gear VR also has the potential to provide a decent resolution. However, this depends on the smartphone you are using with the device.

For a truly immersive experience, you will want to ensure your headset has a wide field of view. This is to avoid feeling like you are looking down a tunnel or out of a box while using the headset.

Fortunately, most Oculus headsets provide decent specs in this regard. However, the Gear VR’s performance in this category may vary slightly depending on the smartphone you use.

This one is pretty clear cut. Both Rift models have the widest fields of view and, therefore, earn the top spot in this category.

Many of Oculus’ headsets require a PC tether in order to function, which means that you will need to check your PC has the right inputs before buying one of these devices. Alternatively, you could opt for one of Oculus’s wireless options instead, but it is worth noting that the performance levels of these headsets are significantly lower.

This category is a difficult one to judge, as even though a wireless experience gives you a greater level of immersion, a tethered setup will usually provide more performance. In the end, we have decided to lean towards the wireless headsets in this category. However, until the performance of both options is comparable, it is arguably personal preference as to which setup is supreme.

Oculus’s budget-friendly options, such as the Go and Gear VR, also come with controllers. However, the performance of these controllers is more akin to a remote, rather than a comprehensive gaming pad.

Tracking plays a big role in how well a VR headset performs, as it is responsible for determining the level of interaction you are able to have with the virtual environment. High-end models tend to use some variation of 6DoF tracking, which tracks both position and rotation.

Lower-end models, however, are usually only equipped with 3DoF tracking, which is only able to track rotation. This means a headset with 3DoF can’t tell if you have wandered forwards or backward, limiting the headset’s performance.

As you can see, both the Rift models and the Quest have 6DoF tracking, This makes them better options than the Go and the Gear VR when it comes to simulating movement, and for this reason, they come out on top in this category.

The minimum requirements for VR headsets can vary considerably depending on the model. Headsets that use a PC tether are usually the most difficult to run, as they require fairly competent gaming specs to function properly. Wireless headsets, on the other hand, don’t require any help from a PC to run.

This makes them a better option if you don’t have a particularly powerful PC. However, the performance of wireless headsets is usually sub-par compared to their tethered counterparts.

The Gear VR is somewhat of a special case in this category, as unlike the other headsets in this guide, it requires a Samsung smartphone in order to run. The reason for this is because the Gear VR uses the display of the phone as the VR display when in use.

A full list of Gear VR compatible smartphones can be found here:

As the Quest and the Go don’t require any additional hardware, they top this category. Having said that, most modern gaming PC’s should be able to run the likes of the Rift and Rift S, making this category less important if you are already an avid gamer.

VR headsets can vary considerably in price, but in most cases, the cost of a headset accurately reflects its level of performance. One headset that is exempt from this rule, however, is the original Oculus Rift. This device commands a ridiculous price tag compared to the other options Oculus is producing, making it one to avoid if you are looking to get value for money.

Now that we have compared each model across a number of categories let’s tally up the final scores and see which headsets come out on top.

The top performer in Oculus’ lineup is currently the Quest. This headset offers the best of both worlds when it comes to VR technology, as it provides both a wireless experience, as well as PC-level performance via Oculus Link. This combination allows the Quest to provide one of the most immersive experiences of any VR headset, making it a great option to consider.

The Rift S is another solid option, mainly for the fact that it provides excellent levels of performance at a fraction of the cost of its predecessor. The device does require a fairly powerful PC to run properly, but if you are already an avid PC gamer, this shouldn’t be much of an issue.

The Quest’s ability to run without a PC also makes it a fantastic option in terms of value. Not needing to invest in a PC is a big bonus for the Quest, as it makes its $400 price tag a lot more reasonable, knowing that no further investment will be needed to get the device running smoothly.

The Oculus Go also deserves a special mention here, as it too requires no need for a PC in order to run. As long as you have a device capable of running the Oculus app, both the Quest and Go will run after a minimal amount of setup, making both devices great choices if you are looking to save time and money.

Other Factors To Consider

Before making your decision on which headset to buy, it is important to consider what you intend to use the device for. If, for example, you only intend to play some simple games and predominantly use the device for light tasks, then there probably isn’t any need for you to invest heavily on the likes of the Rift S or Quest.

Alternatively, if you want to have access to the best games available and want to immerse yourself within the limits of the technology, you simply have to invest in one of Oculus’ more expensive models. Whether this is financially viable is another consideration that will need to be taken, as if you opt for the likes of the Rift S, for example, you will also need to consider the cost of a decent PC if you don’t already own one.