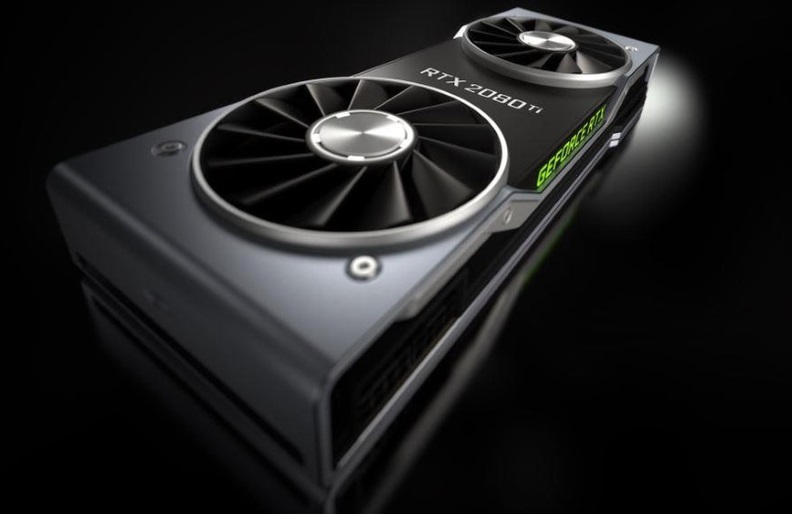 Last week Nvidia unveiled the Quadro RTX series of GPUs, designed for professionals and with a focus on ray tracing. With Gamescom kicking off in Cologne, Germany today, the company has now announced gaming-focused versions, the GeForce RTX series, with an eye towards that same rendering technique.

For over two years, the GeForce GTX 10 series has been the gold standard of graphics cards, but the march of technology is inevitable, and two years is a long time in tech terms. Nvidia’s new flagship GPU is the GeForce RTX 2080 Ti, and the lineup is rounded out with the RTX 2080 and 2070. The company says that these new cards are the first gaming GPUs capable of rendering in 4K resolution at 60 frames per second with high dynamic range (HDR), all at the same time.

The RTX 20 series is built on the new Turing architecture, which Nvidia claims is capable of six times the performance of last generation’s Pascal system. Turing is built with a focus on ray tracing, a technique that meticulously simulates the path of light rays as they travel through a virtual scene, rendering how it reflects and refracts from objects to produce realistic lighting and shading effects.

The GeForce RTX series is built with RT Cores that are dedicated to that job, along with Tensor Cores that tap into AI algorithms to speed everything along. The top of the line RTX 2080 Ti boasts a clock speed of 1545 MHz, along with 11 GB of the new GDDR6 memory. The RTX 2080 has a clock speed of 1710 MHz with 8 GB GDDR6, and the 2070’s clock speed is 1620 MHZ with 8 GB GDDR6. Nvidia describes its ray tracing performance using a made-up metric of GigaRays per second, with the three cards capable of 10, 8 and 6 GigaRays per second respectively.

All three will also be available in Founders Editions, which are factory overclocked out of the box and are designed with better cooling systems and fancier shells.

A demo of the ray tracing capabilities can be seen in the video below.