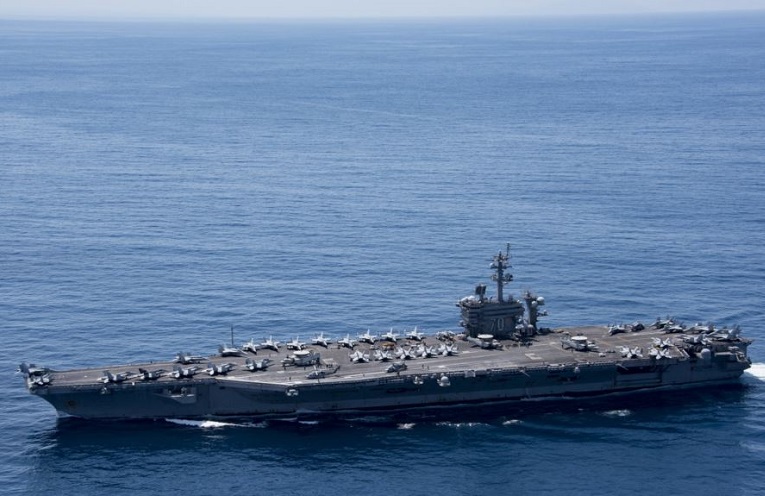 North Korea has threatened to sink a U.S. aircraft carrier that is beginning joint exercises with two Japanese destroyers in the Western Pacific Ocean.

The threat came in a commentary in the Rodong Sinmun, the mouthpiece of the ruling Workers Party.

“Our revolutionary forces are combat-ready to sink a U.S. nuclear-powered aircraft carrier with a single strike,” the newspaper said in an April 23 commentary.

The paper likened the aircraft carrier to a “gross animal” and said a strike on it would be “an actual example to show our military’s force.”

U.S. President Donald Trump ordered the USS Carl Vinson strike group to sail to waters off the Korean Peninsula in response to heightened tension with North Korea over its ballistic-missile program and nuclear tests.

Two Japanese destroyers on April 23 joined with the Carl Vinson carrier in a show of solidarity.

Amid the rising tensions, reports said North Korea detained a Korean-American man as he was leaving the country.

At least two other Americans are currently detained in North Korea.