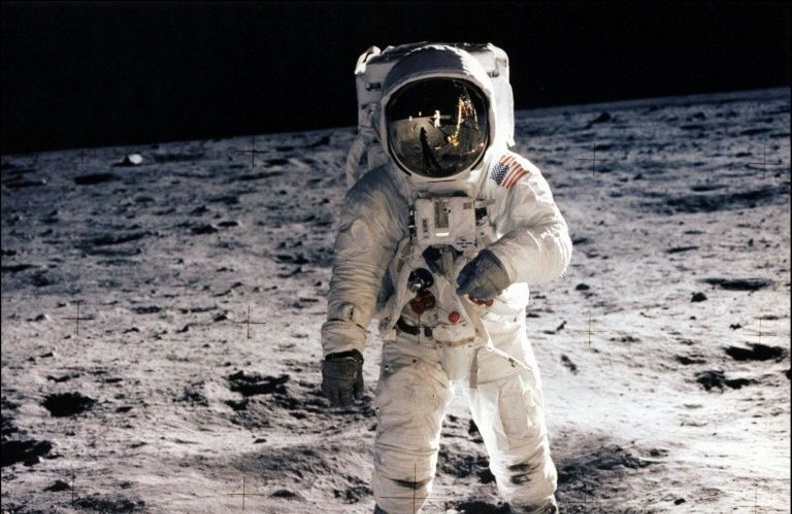 NASA chiefs are excited about the possibility of “exploiting” the recently discovered water on the Moon, stating it will help humanity’s bid for a lunar settlement and space exploration.

In a Reuters TV interview in Washington on Tuesday, one day after the agency announced its payload on board India’s Chandrayaan-1 orbiter had found “frozen water deposits in polar regions of the moon,” NASA Administrator Jim Bridenstine outlined a vision for renewed and “sustainable” human exploration of the moon.

“We know that there are hundreds of billions of tons of water ice on the surface of the moon,” Bridenstine said. This was confirmed, based on direct observation of icy patches on the lunar surface using data from NASA’s Moon Mineralogy Mapper (M3) instrument, on board the Chandrayaan-1 orbiter. M3 identified three specific signatures that definitively prove there is water ice at the surface of the Moon.

There is one small problem to overcome before mankind can make use of this very vital resource – The frozen surface water has only been found at the moon’s poles. At the southern pole, most of the ice is concentrated at lunar craters, while the northern pole’s ice is more widely, but sparsely spread.

Most of the newly-discovered water ice lies in the shadows of craters near the poles, where the warmest temperatures never reach above minus 250 degrees Fahrenheit (-157 degrees Celsius). Because of the very small tilt of the Moon’s rotation axis, sunlight never reaches these regions.

Bridenstine, a former U.S. Navy fighter pilot and Oklahoma congressman tapped by President Donald Trump in April as NASA chief, spoke about “hundreds of billions of tons” of water available on the moon’s surface that would possibly be accessible as a resource for future expeditions to explore and even stay on the Moon, adding it is potentially easier to access than the water detected beneath the Moon’s surface.

There is still a lot to learn

While the discovery of ice water on the lunar su

rface is quite an achievement, it has been long been suspected there may be water on the moon. In 2009, a NASA rocket sent crashing into a permanently shadowed lunar crater near the moon’s south pole, kicked up a plume of material from beneath the surface that included water.

And for Bridenstine to say there are “hundreds of billions of tons of water ice on the surface of the Moon” may be a stretch. NASA lunar scientist Sarah Noble disputed this and told Reuters in a separate phone call that experts are still unsure exactly how much water there is on the Moon and there is a lot which remains to be learned, according to the UK’s Express.

In other words, before NASA gets the cart before the horse, scientists will have to learn how the ice got there, and then do further studies to learn how it interacts with the larger lunar environment. To get to the unforgiving terrain where the ice is located, NASA will need robotic rovers or landers to explore the moon’s polar regions before it can even begin to estimate the amount of water available.

Is the moon going to be divided up?

Don’t forget, but the United States is not the only country interested in colonizing the moon. The moon could someday soon turn into a lunar Antarctica, divided up through treaties. Already, according to the Times of India, the Indian Space Research Organisation’s Chandrayaan-2 mission, due to be launched the first week of January, will get an edge as it is going to the south pole of the moon.

Last week, China’s space agency shared new details about its upcoming Chang’e-4 mission, which aims to launch two robots to the far side of the moon, into an unexplored region of the Moon called South Pole-Aitken Basin, a vast basin in the southern hemisphere of the far side which extends from the South Pole to Aitken crater.

Additionally, the European Space Agency (ESA) and China’s space exploration arm of the China National Space Administration have already been in talks moving toward building a Moon-base, a spokesperson for the ESA confirmed last year.

It will be interesting to follow NASA’s progress as it plans for future missions to the moon, and it is hoped that scientists from all countries will share what they have learned about our moon – because, after all, we just have one.