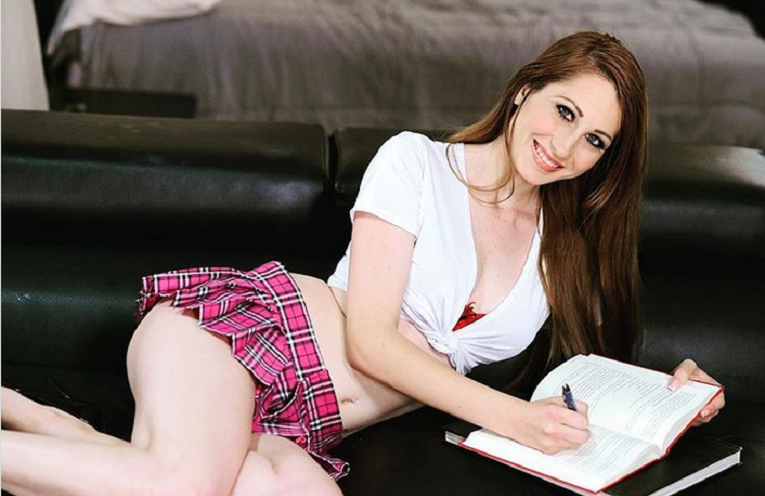 Nina Skye told Fox News affiliate KKTV she faced a dressing-down by the preschool’s leaders, and it had nothing to do with her on-the-job performance.

It was her off-the-job performance that was the problem.

“I love teaching. I love sex,” she told a KTTV interviewer last month. “If I can get away with doing both, then I will.”

Turns out, she can’t.

It was an earlier appearance on Fox News that outed her moonlighting. She was profiled last month about her pornographic performances which she said was paying $US2500 per filmed frolic.

They even offered Skye a pay rise and help with accommodation.

Her dream job, she said, was ‘having sex’.

“For my very first scene, I just did a regular boy-on-girl scene and I got paid $2500 on the spot,” she said. “I never had that much money, ever, just handed to me in my life.”