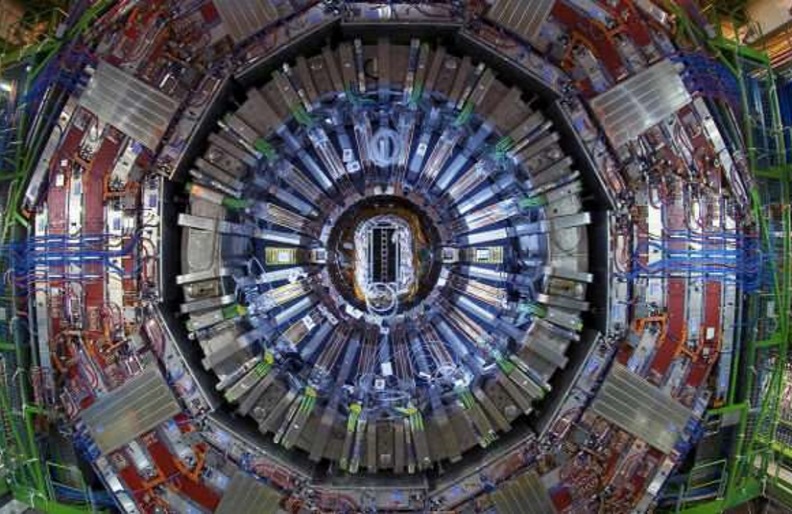 Dark matter, which is thought to account for nearly a quarter of matter in the universe (but has yet to be observed), has perplexed physicists for decades. They’re constantly looking for something surprising to show up in experiments—results that deviate from the standard model that defines elementary physics.

It’s no wonder the scientific community was abuzz when an experiment at CERN, known as ATLAS, detected a slight deviation in an experiment in July 2018. Researchers thought they might have finally uncovered evidence of new physics, which could be a sign of dark matter particles. But a recent improvement of the measurement by the CMS collaboration produced results that are nearly consistent with the expectations of the standard model. The findings were published in the January issue of the CERN Courier.

“We wanted to produce a more accurate result than ATLAS had, so we improved the way we reconstruct quantities by using a better correction algorithm, and our results indicate there might not actually have been a deviation there,” said Andreas Jung, an assistant professor of physics and astronomy at Purdue University. “This doesn’t mean there isn’t anything interesting going on here, it just means we don’t have the data to prove it right now.”

The standard model explains how the basic building blocks of matter interact. It explains chemical reactions, radioactive decays, electrodynamics and more—but not gravity or dark matter. It’s the best description of the subatomic world, but it doesn’t tell the whole story.

It’s what is yet to be included in the standard model, or anything that might contradict it, that physicists are searching for. They primarily use particle accelerators, playfully referred to as “atom smashers” by some, in these experiments.

The Compact Muon Solenoid (CMS) is one of four detectors at the world’s largest and most powerful particle accelerator, the Large Hadron Collider. The collider uses electromagnetic fields to propel charged particles to relativistic speeds and high energies, contains them in beams and sends them smashing into one another. The process remains fairly stable throughout the CMS data-collecting process, but how the information from the detector is analyzed and processed is constantly being tweaked.

“The detector has holes, inefficiencies and missing coverage. All of that has to be accounted for, and the process for that is called data unfolding or data correction,” Jung said. “We developed an improvement of this unfolding method that provides a result less sensitive to the input model.”

As the methods for interpreting data improve, the collider itself is taking some time off from experiments for renovations. While physicists, engineers and technicians work to make the machine stronger and more efficient, scientists will sift through the incredible amount of untouched data collected thus far. Despite not seeing any strong deviations from the standard model as we know it, Jung remains hopeful.

“Some believe there’s a mediator that talks to dark matter particles. If that’s the case, and it couples to the Higgs, we might be able to see it in top quark physics,” he said. “We’ve only looked at a fraction of the data we’ve collected so far. There could still be something there.”

Matthew Jones, an associate professor of physics and astronomy at Purdue, is also a member of the CMS Collaboration, which brings together members of the particle physics community from across the globe in a quest to advance humanity’s knowledge of the very basic laws of our Universe. CMS has over 4,000 particle physicists, engineers, computer scientists, technicians and students from around 200 institutes and universities from more than 40 countries.