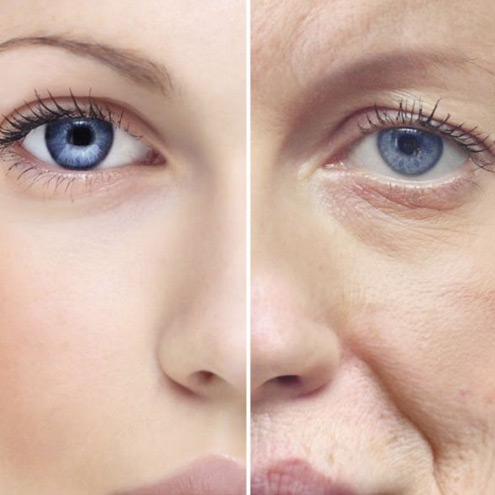 Researchers from Brazil and the United States carried out new clinical trials of hormones that can eliminate the effects of aging naturally occurring in human cells, which can lead to a significant extension of life. In recent experiments, they used a steroid danazol (a synthetic male hormone) to stimulate the production of an enzyme called telomerase, which is known for keeps cells young by stopping the dwindling DNA in them, which is achieved by stopping the degeneration of telomeres (red dots in the picture).

In the words of one of the scientists, one of the processes associated with aging is a progressive shortening of telomeres – every time a cell divides, they shorten. After such processes, the cell can no longer replicate and dies. But the enzyme telomerase can preserve the length of telomeres intact, even after cell divides.

Since studies have shown that aging of the cell can be stopped by increasing telomerase, the possibility of developing new treatments for diseases such as aplastic anemia (where the stem cells of bone marrow early age) or pulmonary fibrosis (where tissue lung appear scars)

In the conducted study, danazol was prescribed for a period of 2 years of 27 patients who suffered from aplastic anemia, which lost an average of 200 to 600 pairs of telomerase year. During the treatment, it was noted that not only the length of telomeres is not diminished, but their number has increased to an average of 386 pairs. In addition, hook-up and mass of hemoglobin, which meant that patients were no longer dependent on blood transfusions.

Progress in all these surveys must carefully observe, because the use of hormones can cause side effects such as sudden mood changes, fatigue, and problems with the digestive system.